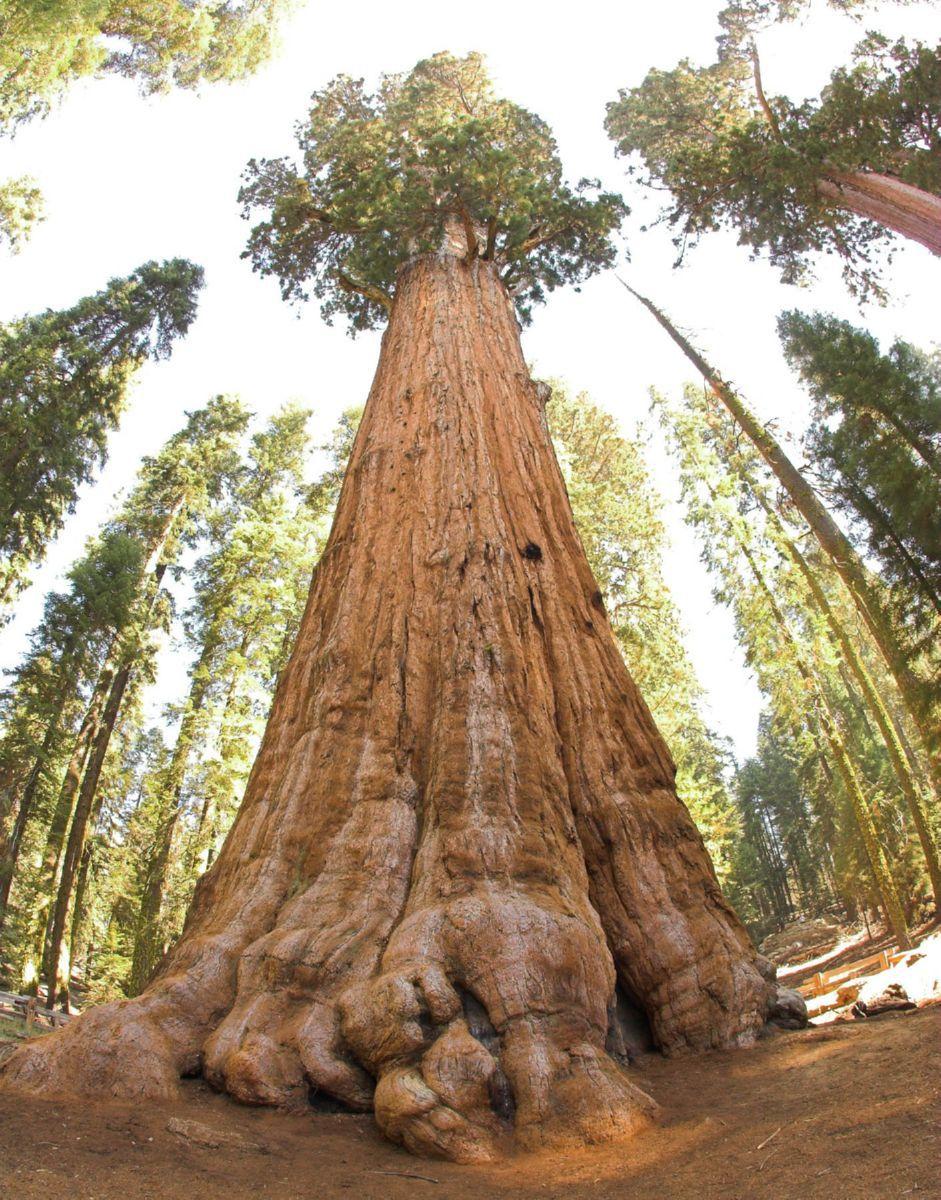 Stephen Sillett’s laboratory is dangling 90 metres above the ground. It is an intricate web of ropes and instruments strung up in the branches of a tree. And in the windy conditions that plague Tasmania’s forests, it can be distinctly precarious.

“You can hear big gusts come through like freight trains pounding along their way toward you,” says Sillett, a forest ecologist at Humboldt State University in Arcata, California. “As the gust hits, then the whole tree top just lays over and there’s big old blows. It’s amazing.”

The trees in question are mountain ash, the tallest flowering trees in the world. They are not quite the tallest trees of any kind: that record belongs to the coast redwoods of the western US. But that might be because things have been skewed against the mountain ash.

It turns out that humans have been cutting them down in their prime, and they may have reached even more prodigious heights in the past. If conditions improve, might they one day beat out the redwoods? 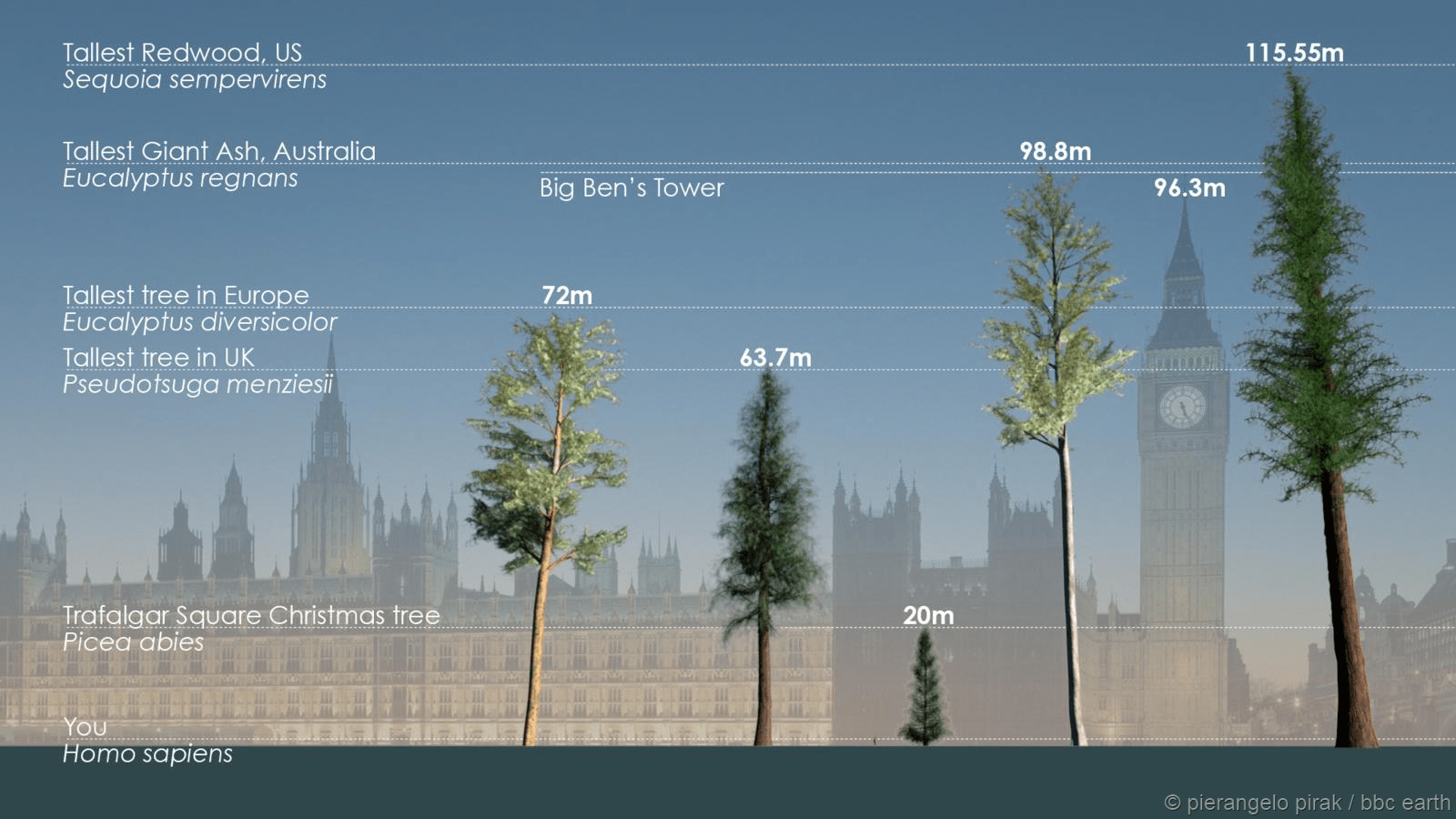 A race to the top (Credit: Pierangelo Pirak / BBC Earth)

As part of his research, Sillett and his colleagues re-measured the largest tree on the island state, in December 2013. This towering titan boasts a height of 98.8m, 3m taller than the London tower that houses Big Ben.

Mountain ash also grow in south-east Australia and Victoria, but Tasmania is where they have reached their peak. The island boasts over 140 trees taller than 85m. These goliaths have been given names such as Centurion, Damocles, El Grande and Medusa.

Traditionally, a mountain ash’s lifespan has been thought to be between 350 and 450 years

The tall trunk is typically white or grey except when it is wet. “In the morning dew or rain it becomes this luminous green,” says George Koch of Northern Arizona University in Flagstaff. “The outer bark gets wet and saturated, letting the green inner bark kind of shine through. It is truly beautiful.”

The tops of the trees are where the action is. White flowers like pom-poms dot the upper part of the crown, which can stretch 75m deep. The trees also play host to dozens of species of plants and animals, such as wedge-tailed eagles and Leadbeater’s possums.

The wood decays so easily that hollows often form in their trunks and branches, and pools of water collect. These high-rise ponds provide homes to reptiles, insects and frogs, and water for mammals and birds. “There are so many things going on in the canopy,” Sillett says.

On the face of it, the mountain ash should be able to beat the redwoods, which top out at 115m. They grow five times faster than the redwoods, “sprinting” toward the skies. “They’re the fastest-growing trees by far,” says Sillett. “Plant an eucalyptus and it can grow 90m in 90 years.”

But they don’t live anywhere near as long as the redwoods. Traditionally, a mountain ash’s lifespan has been thought to be between 350 and 450 years. A recent study suggested it could be more than 500 years. Even so, they are youngsters compared to the redwoods, which reach nearly 3000 years old. “They just live fast and die young,” says Koch. 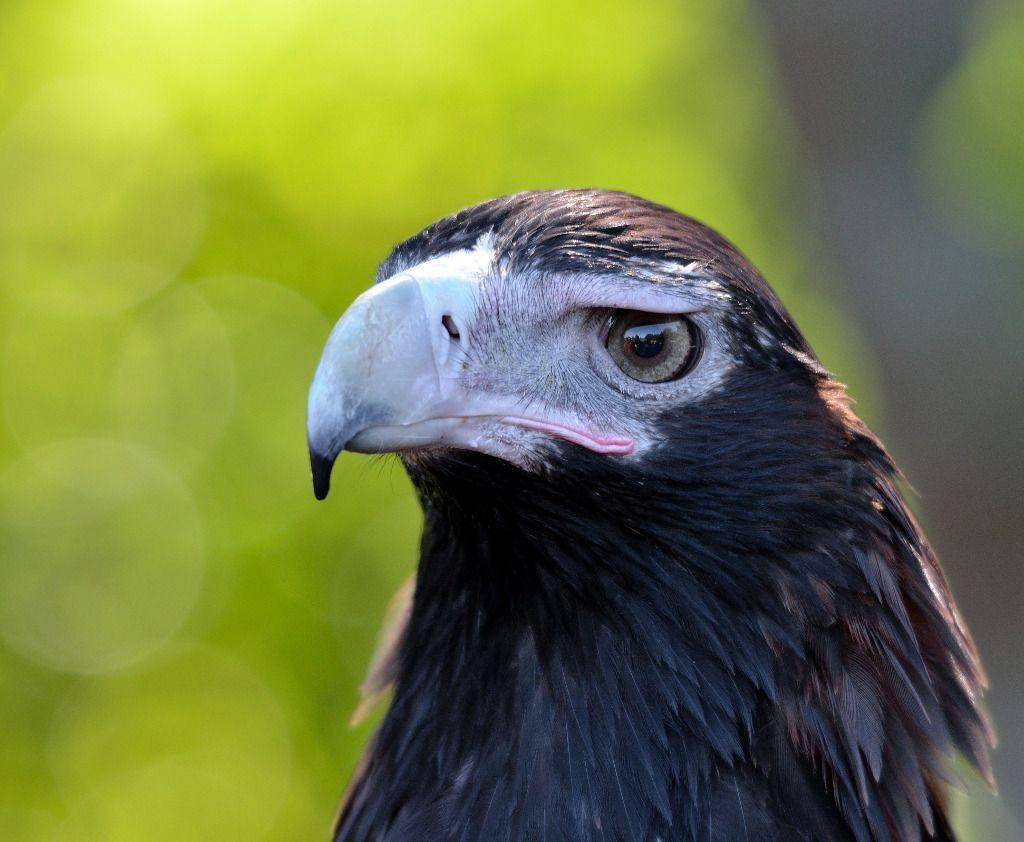 “Wedge-tailed Eagle (Aquila audax)“ by James Niland is licensed under CC BY 2.0

Historical records do indicate that mountain ash have reached greater heights
than today’s giants in the past.

In 1881, surveyor George Cornthwaite measured a felled tree in Victoria at 114.3 metres. That is about 1m shorter than the world’s tallest living tree, a coast redwood measuring 115.5m. If you believe the old record books, and measurement systems, several other trees have reached such extreme heights.

The trees have a simple reason for growing tall, says Koch. They are competing for light, which they use to convert water and carbon dioxide into sugar to sustain themselves. But it is water deprivation that limits their reach for the skies.

Pulling water up through the tree’s trunk is a fight against gravity. So in the tallest trees, it is difficult for the upper reaches to get enough water. In a sense, the treetop is like a small plant living in a dry place, Koch says.

To get the most energy from sunlight, a tree needs to grow big leaves. But water stress limits the growth of leaves. The growth of leaves is driven by water pressure in their cells. But as the trees get taller, the relative water shortage decreases this pressure, so the leaves grow more slowly.

What’s more, the tallest trees can suffer from “xylem cavitation”, in which gas bubbles form in the cells carrying water up the trunk. These tiny gas embolisms can prevent water from moving up the tiny conduit cells, much like a pulmonary embolism can stop blood flow to the lungs in humans. To avoid this, the tree regulates how much water is lost through its leaves by closing down the tiny pores all over their surfaces. But these pores are also the pathways for carbon dioxide to come in, so by closing them the trees limit how much sugar they can make.

All these factors mean that trees start growing more slowly once they get tall, Koch says. Eventually, there is just no point growing taller: the extra energy the tree might harvest from sunlight is less than the energy needed to bring up more water. At this point, the tree stops growing upward.

If you don’t live as long, you can’t get as big,” Sillett says

They may not have reached this glass ceiling yet, though. Koch has studied the top leaves on some of the tallest trees and found that they aren’t as water-deprived as they would be if the trees were at their limit. That suggests that the trees could grow taller.

Apart from these internal limits, mountain ash also sometimes get killed before they can reach their full height. “If you don’t live as long, you can’t get as big,” Sillett says. Two things regularly cut their lives short: fire and fungus.

When flames hit a mountain ash, the heat boils the living tissue of the trunk. “They just kind of get steam cooked, they don’t actually burn,” said Koch. But this overheating is fatal. Whereas redwoods can regenerate by sprouting, mountain ash cannot.

Fortunately, the same heat dries up woody capsules high up in the crown, causing them to crack open and release seeds. These seeds fall onto the forest floor and start feasting on the nutrients in the ash bed. The regeneration can be staggeringly swift. Koch visited Kinglake National Park on the Australian mainland shortly after a devastating 2009 fire. “Literally a couple of weeks later, the floor was carpeted with tiny [mountain ash] seedlings,” he says. “In another 300 years, maybe that forest will be back where it was.”

Fungus is also a big problem. Redwoods defend themselves by producing toxic chemicals in their hardwood. But the mountain ash trees don’t bother, in keeping with their “live fast, die young” strategy. So over time, as storms injure the trees, fungi get into their trunks and cause decay.

For the last few hundred years, the trees have faced the biggest threat of all: humans. In the early 1800s, the first European settlers started felling swathes of the forests to feed sawmills, and later to make wood-chip to be exported. So the biggest impediment to the trees growing taller was being cut down in their prime.

A forestry report from the 1850s by licensed surveyor G. W. Robinson stated that the tallest trees were always felled first

Today, only a small percentage of the mountain ash trees alive in pre-European Tasmania are still standing. “In the distant past, they may have even been taller than the redwoods,” Sillett says. “We’ll never know.”

Mountain ash trees have been particularly tempting to loggers because they produce so much wood. They gain most of their height in the first 90 years of their lives. After that, rather like humans, they stop growing upwards and start growing sideways. They keep adding biomass right until their deaths. Sillett estimates that the tallest mountain ash, if it were – “God forbid” – cut down and dried in an oven, would clock in at 215 tonnes.

Such giant trees were the best bounty. A forestry report from the 1850s by licensed surveyor G. W. Robinson stated that the tallest trees were always felled first.

Many mountain ash trees now enjoy the highest level of protection in the world, allowing them to live out their lives in full

All that has now changed. In June 2013, the World Heritage Committee extended the boundary of the Tasmanian Wilderness World Heritage Site by over 170,000 hectares, after successful negotiations between loggers, environmentalists and politicians. Many mountain ash trees now enjoy the highest level of protection in the world, allowing them to live out their lives in full. 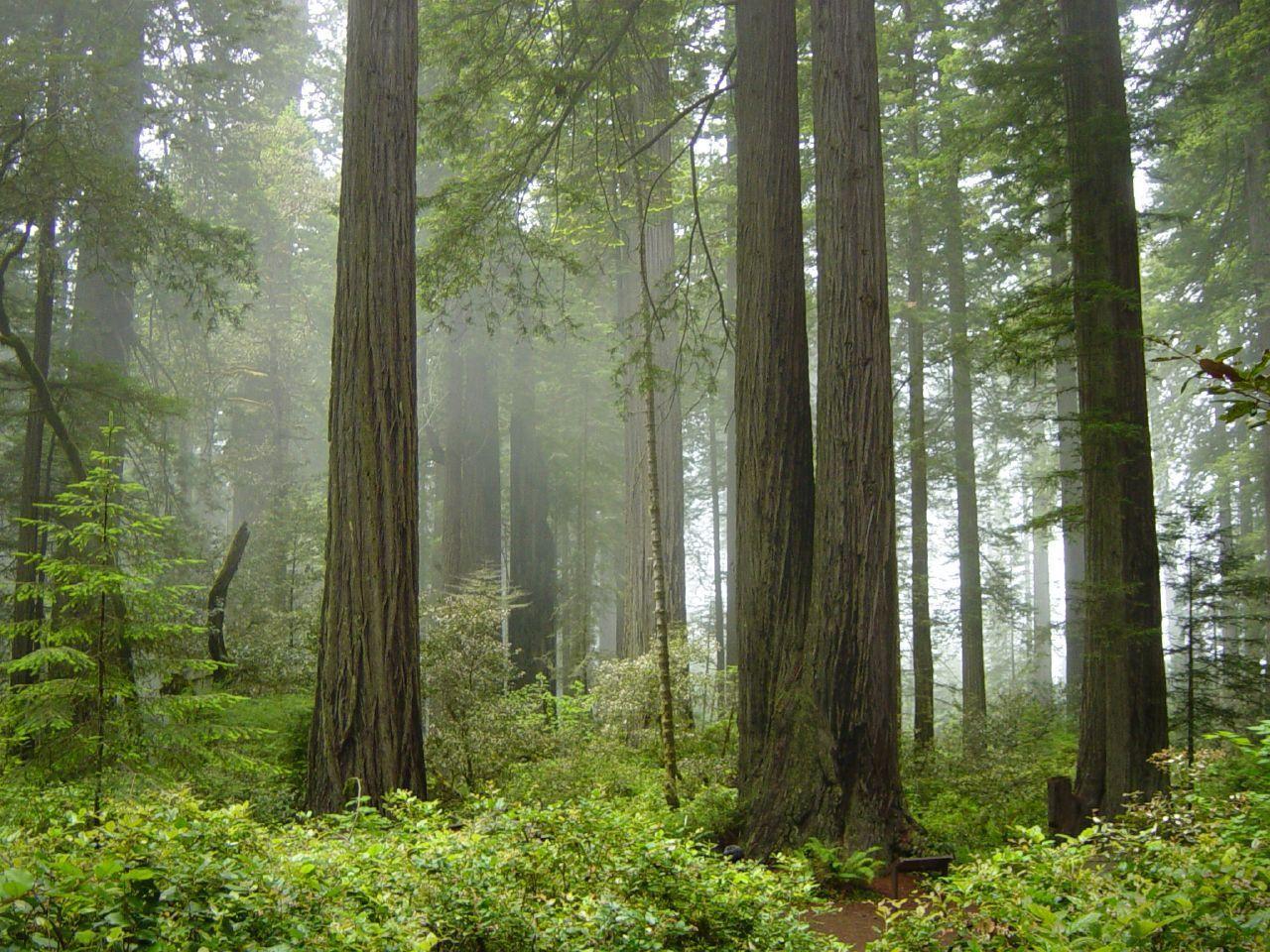 “Coast Redwood forest and understory plants“ by Michael Schweppe under CC BY 2.0

The outlook for the trees is promising, says John Hickey, who has been a forest manager for Forestry Tasmania for over 35 years. “We have got some very interesting wildfire-created stands that were created around about 1800 in the World Heritage area,” he says. “I think over the next century, or two, they’ll be producing some outstanding trees.”

Now the trees are protected, they should be able to reach the heady heights of pre-settlement days. So might a mountain ash beat out the coast redwoods for the title of tallest tree in the world? It’s on the cards, but there is now a wild card in the deck: climate change. A warmer world could help them, or hinder them.

Regardless of what climate change does, Koch says it is likely that today’s mountain ash trees are not at their upper limit. “I would guess that if we could kind of just freeze the climate that we have right now, they could probably be growing nose-to-nose with redwoods,” says Koch.

We may simply have to wait a few hundred years to find out. 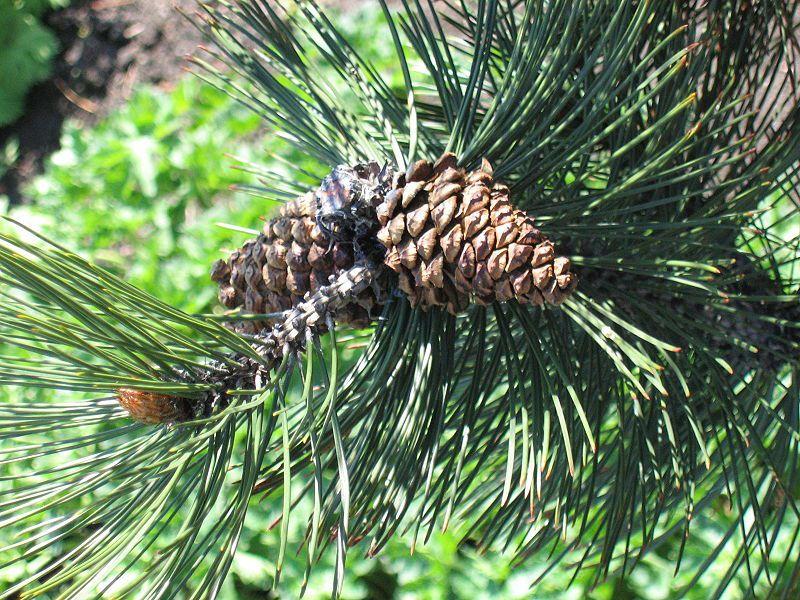 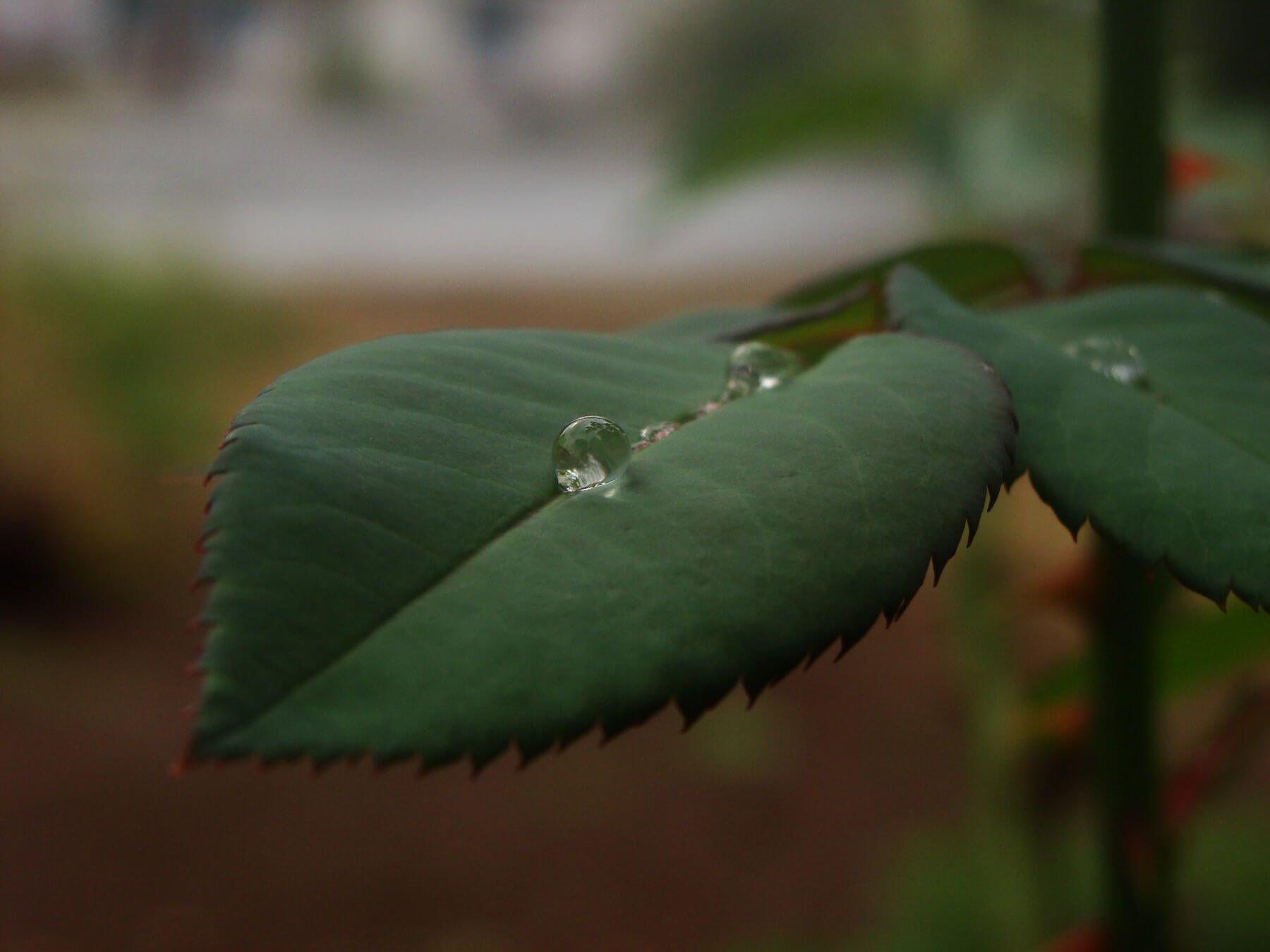 The wettest place on earth 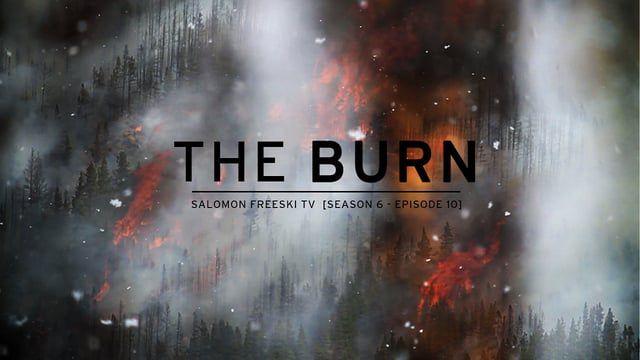