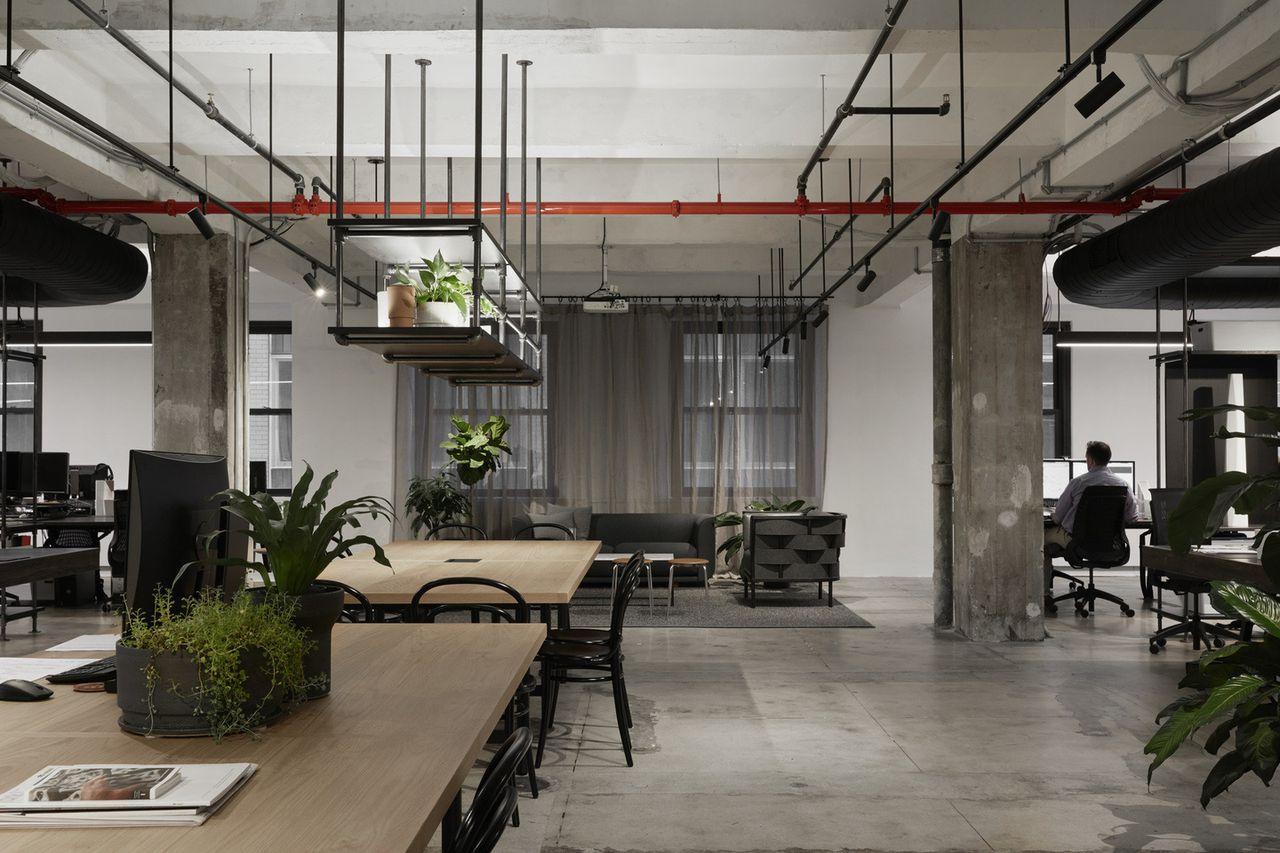 The newly-renovated New York office of architectural firm Woods Bagot is reflective of one thing, the city’s gritty personality. Black fixtures and exposed concrete are the main elements attributed to the ‘New York City grit’, according to Dezeen. The official statement from the firm reads, “The design mixes New York City grit — raw columns, exposed pipes, concrete floors with natural cracks and stains — with couches, soft drapery, and plants.” 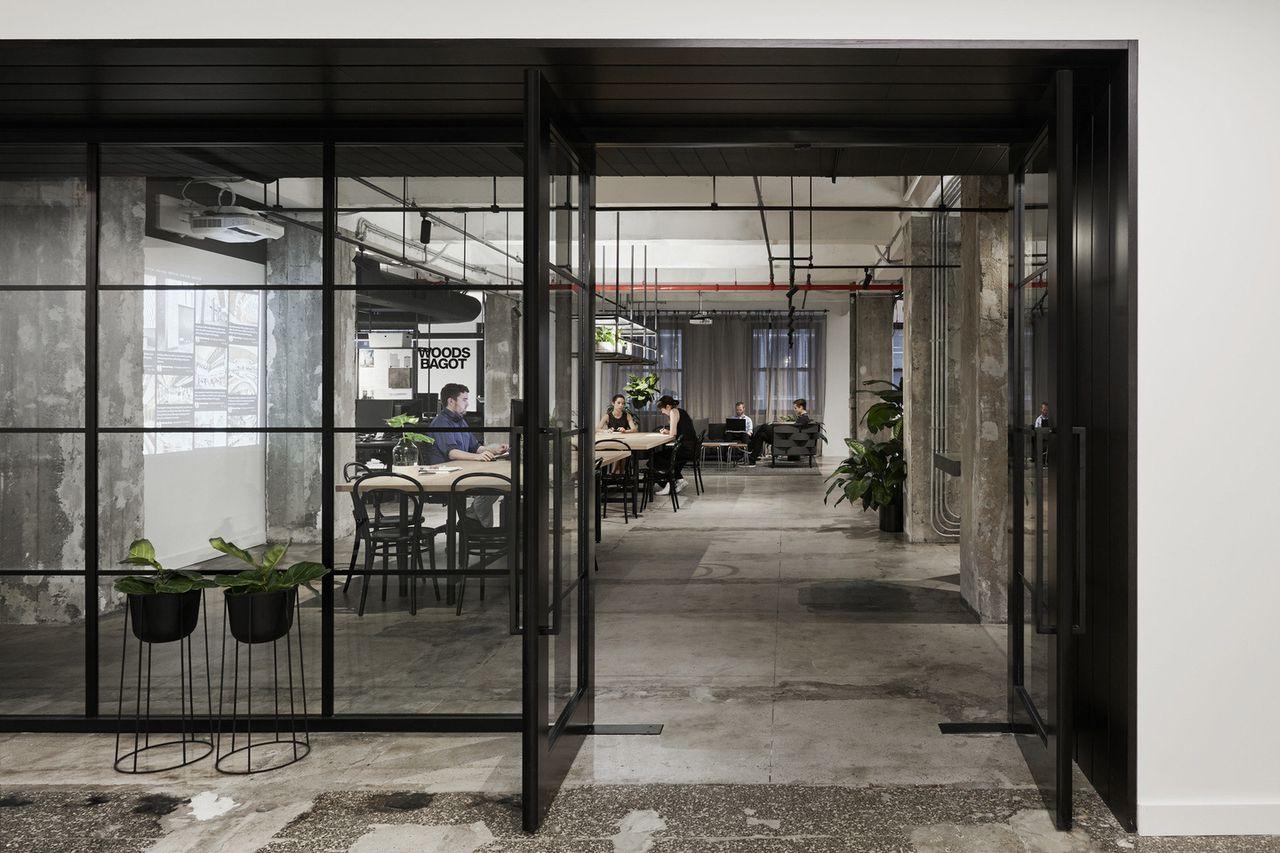 To understand their design philosophy, one must look at the architectural beginnings of Woods Bagot. The firm is a self-described ‘People Architecture company’ that looks at human experience first before coming up with a concept. Many design companies claim to put people’s use of space at the core of their design, but with 150 years of experience, Woods Bagot is one of those that consistently delivers on that promise.

The company was founded in 1869 by Australian architect Edward John Woods, who worked on St. Peter’s Cathedral in Adelaide. Eventually, he teamed up with another local architect Walter Bagot and together they formed what is now known globally as Woods Bagot. What’s evident from the architectural styles of the firm is the inspiration it draws from natural elements. 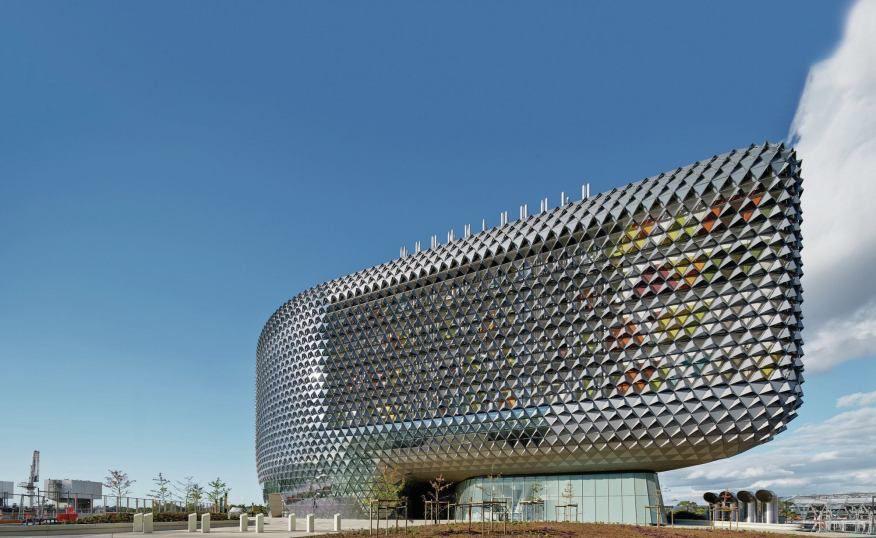 One of their biggest projects is the South Australian Health and Medical Research Institute (SAHMRI) in Adelaide. It’s locally known as the ‘pine cone’ because of its shape. The SAHMRI is also constructed with environmental sustainability in mind, as it boasts an energy-conscious and waste-removal system, as well as open-air atriums that regulate temperature. Aluminium and glass walls allow lots of light to enter which can be controlled by sunshades, for energy-saving purposes. 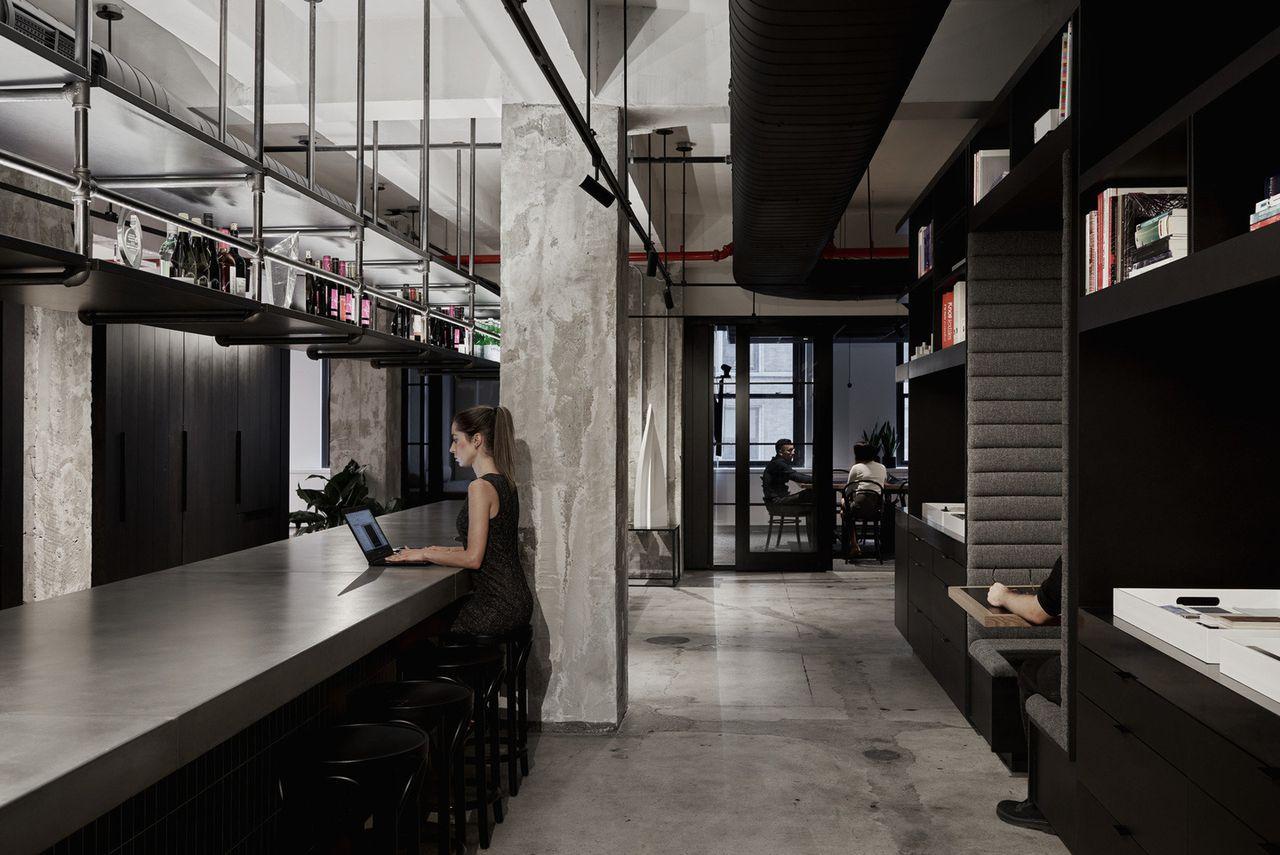 The firm’s New York City office was in need of sprucing up because it was no longer ideal for the increasingly collaborative style that the company has adopted. The new aesthetic is very similar to that of many New York City lofts, which embrace industrial chic. Vintage Industrial Style described the trend as very utilitarian and minimalist at the same time, which often comes from refurbished warehouses and factories. Exposed brick or concrete, weathered wood, and industrial lighting fixtures are common elements.

But aside from the aesthetic, what’s noticeable is the open floor plan. New York is notorious for being cramped and having large communal spaces, and the open floor plan is Woods Bagot’s response to that. It is integral to the renovation concept of the New York space, although the firm is not the first one to upgrade their interiors to keep up with the changes in the way professionals work. In fact, commercial renovations accounted for nearly half of the total $9.3 billion generated annually in the local construction industry over the last few years. This indicates a stark contrast to residential spaces, where it’s typically harder to get permits to make alterations. Yoreevo states that it’s even more challenging for co-ops as owners technically own shares of the property rather than a unit in a building. Commercial firms are given a lot more leeway in terms of renovating their spaces, which is ideal for companies focused on creativity like Woods Bagot.

The outcome is something that is quintessential to the New York experience. It may not look totally sleek, but once again, Woods Bagot succeeds in prioritizing the human experience. 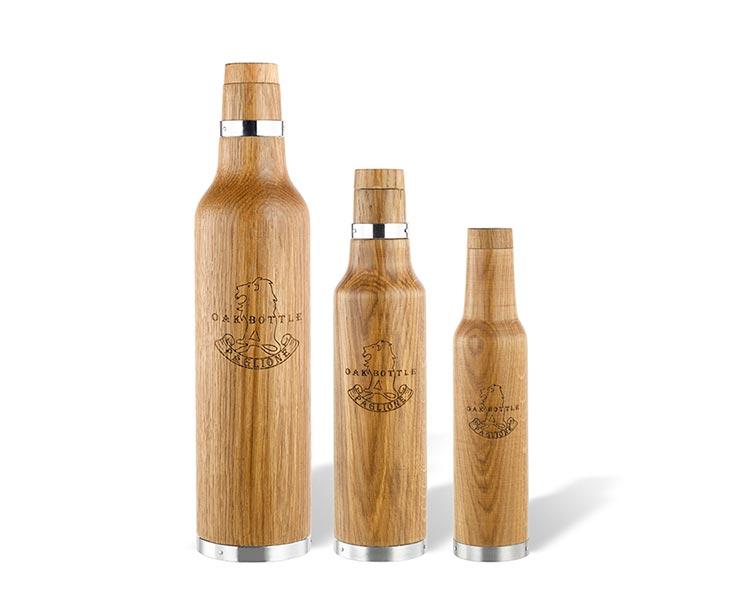 Oak Bottle – Become Your Own Winemaker 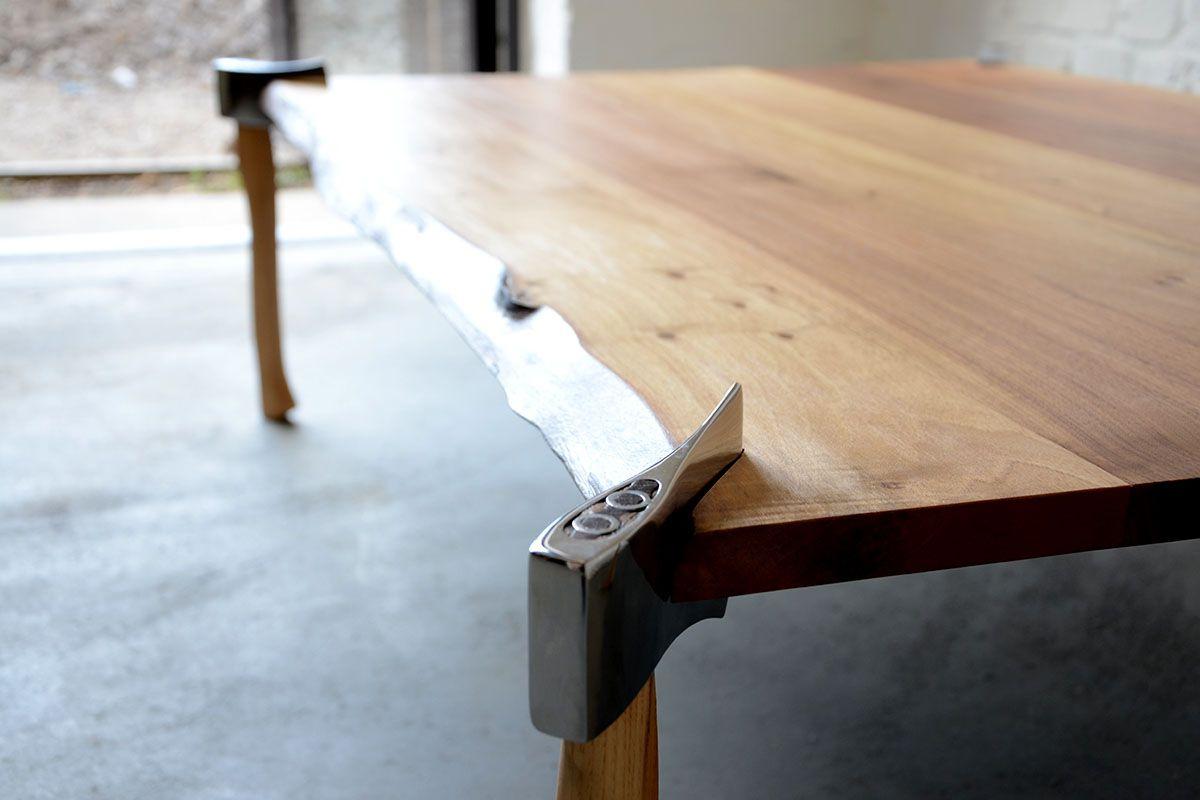 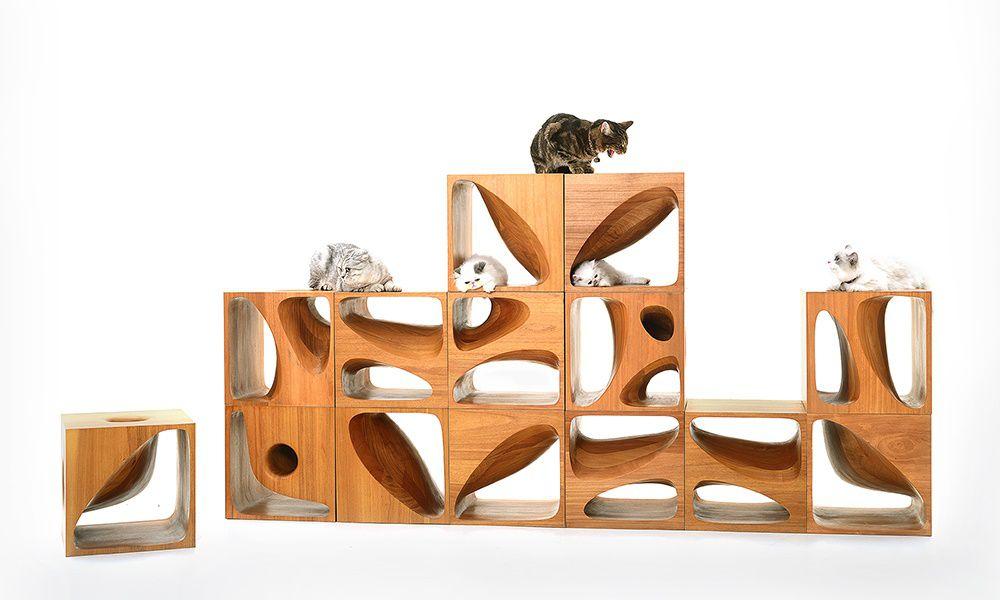