There are places in the world that will leave you absolutely speechless and Singapore’s Supertree Grove and Cloud Forest are definitely one of them.

They stand in the Marina Bay precinct which poses many outstanding buildings, one of them being the colossal Marina Bay Sands hotel complex.

Since 2012, behind the Marina Bay Sands hotel, there is also the Gardens by the Bay, a billion-dollar work of art inspired and enhanced by nature, parts of which feel like you’ve stepped into a sci-fi movie. 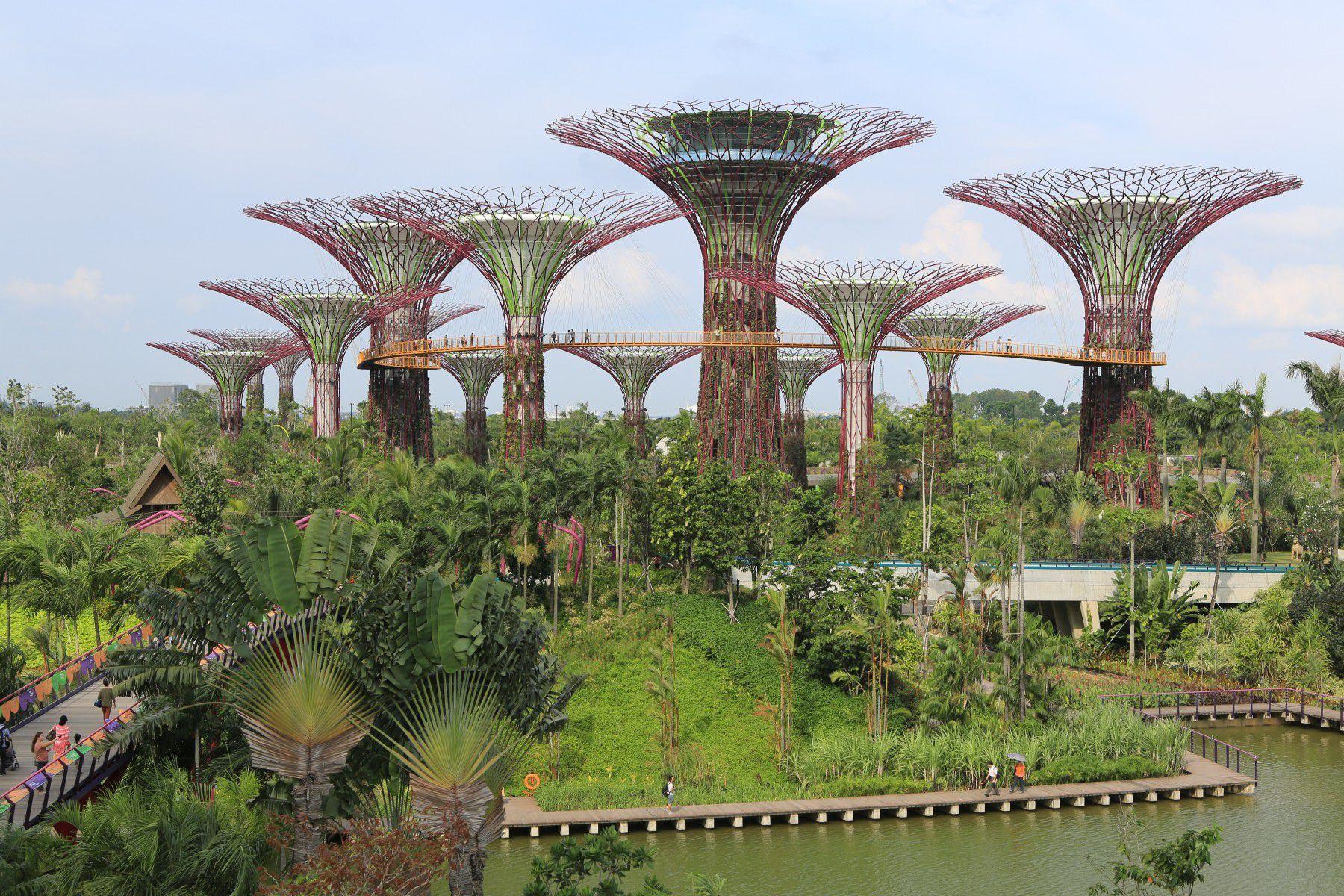 “Supertree Grove” by Shiny Things is licensed under CC BY 2.0

Standing between 25 and 50 m tall (80-160 ft), each Supertree is a vertical garden supporting a range of ferns, vines, orchids and other plants, which creep over the towering, purple skeletal structures.

Each Supertree is designed to mimic the function of a real tree, with photovoltaic cells to echo photosynthesis and contribute energy to run the park. The trees also collect water during Singapore’s frequent heavy rains and channel it throughout the park wherever irrigation or fountains are needed. Some are also used as exhaust flues for the Gardens’ underground biomass boilers.

You can even take an elevator up to a short skywalk between two of the larger Supertrees, offering staggering views of the Gardens and bits of the Singapore cityscape beyond. 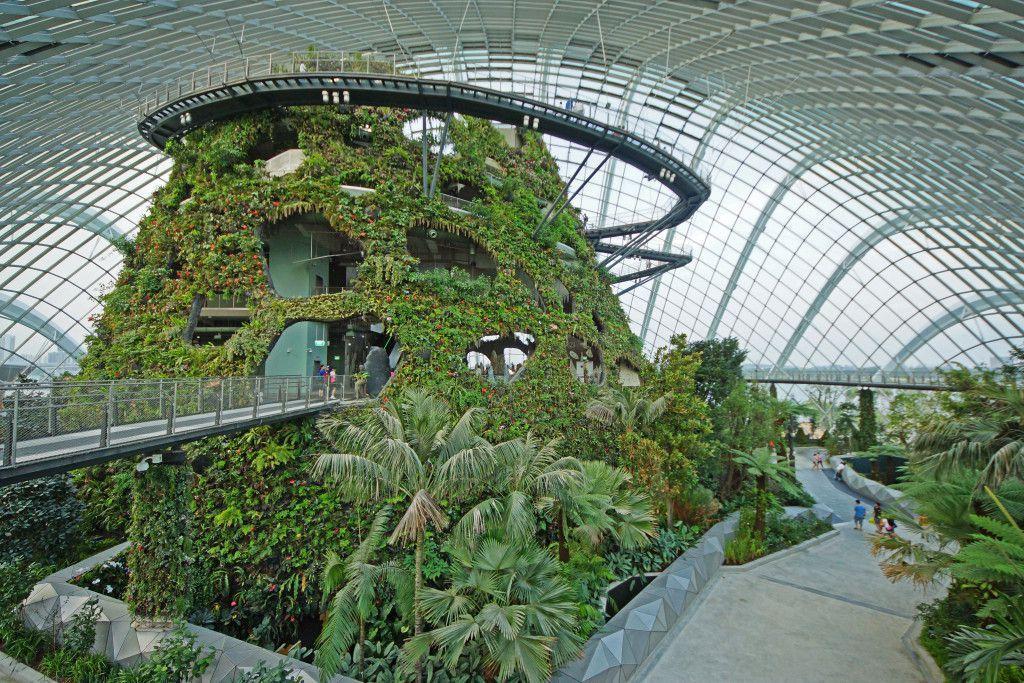 “The Cloud Mountain” by Allie Caulfield is licensed under CC BY 2.0

Not far away from the Supertrees, you can find a climate-controlled bio-dome named The Cloud Forest.

The Cloud Forest is a man-made mountain inside a climate-controlled dome that replicates the cool, moist conditions on top of tropical mountains between 1,000 and 3,000 m (3,300 to 9,800ft) above sea level.

As soon as you enter the building, you’re greeted by a refreshing blast of cool air, followed by the sight of the world’s tallest indoor waterfall, which rains down water and mist from 35 m (115 ft) above the floor.

Taking an elevator to the top level brings you to a mossy, ferny “lost world” garden, after which you circle the mountain on the way down via a series of huge skyways that provide a series of spectacular views, both of the mountain itself, as well as the rest of the facility and out across the bay to the city.

Half way down, the Crystal Mountain cave features a variety of stalactites, stalagmites and hollowed-out crystals, and after that you’re taken through the +5° C video presentation room, which demonstrates the effect that a 5° C (+9° F) increase in temperature due to climate change is expected to have on mountain-top environments like these.

Article cover photo:
“Gardens by the Bay” by Jorge Cancela is licensed under CC BY 2.0 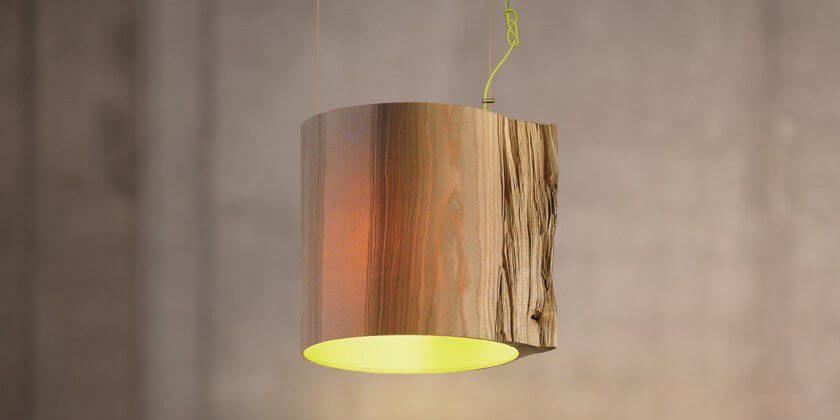 ‘The Wise One’ Lamp 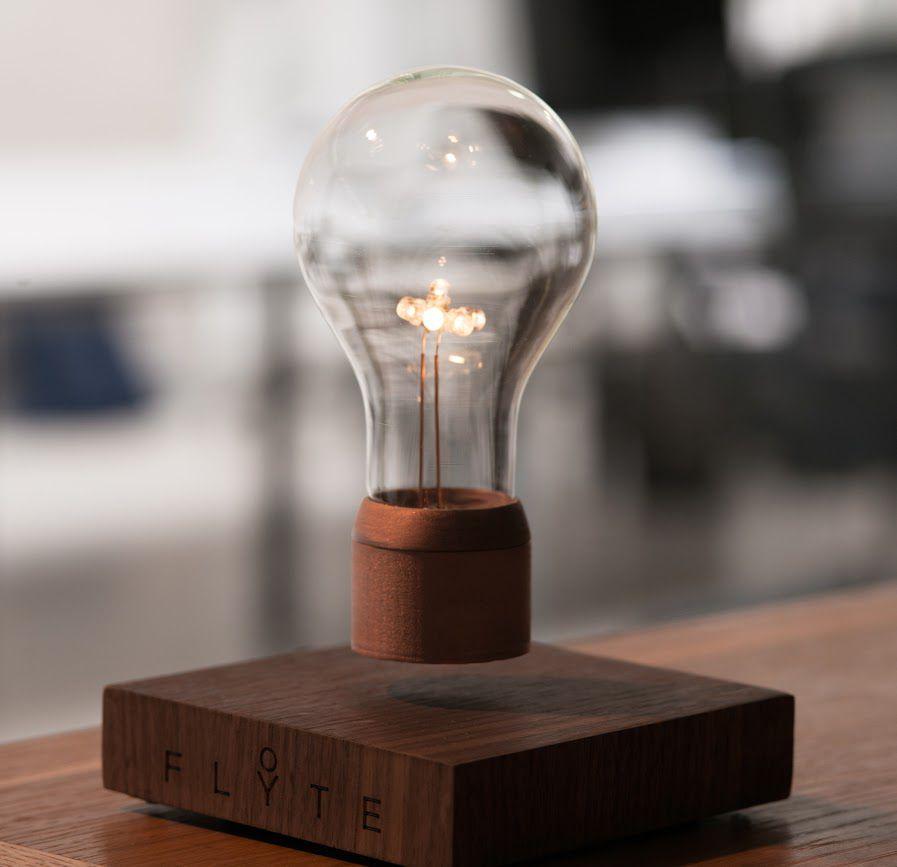 Wireless Levitating Light Can Last Up To 22 Years