Share
Why Some Trees Evolved to Live Underground
In Nature by Anja, May 11, 2017

With the exception of wildlife film makers, arboriculturalists and a few scientists, most of us don’t spend much time in the leafy upper reaches of tree canopies. But in the underground forests beneath the savannahs of southern Africa and South America, it’s an experience open to all.

With most of their branches safely underground and just their leaves and perhaps some twigs poking up above the surface, these subterranean versions of their above ground ancestors are close to indestructible.

Recent research into when and why these underground trees first evolved is starting to shed light on how the savannahs in which they live came into being. 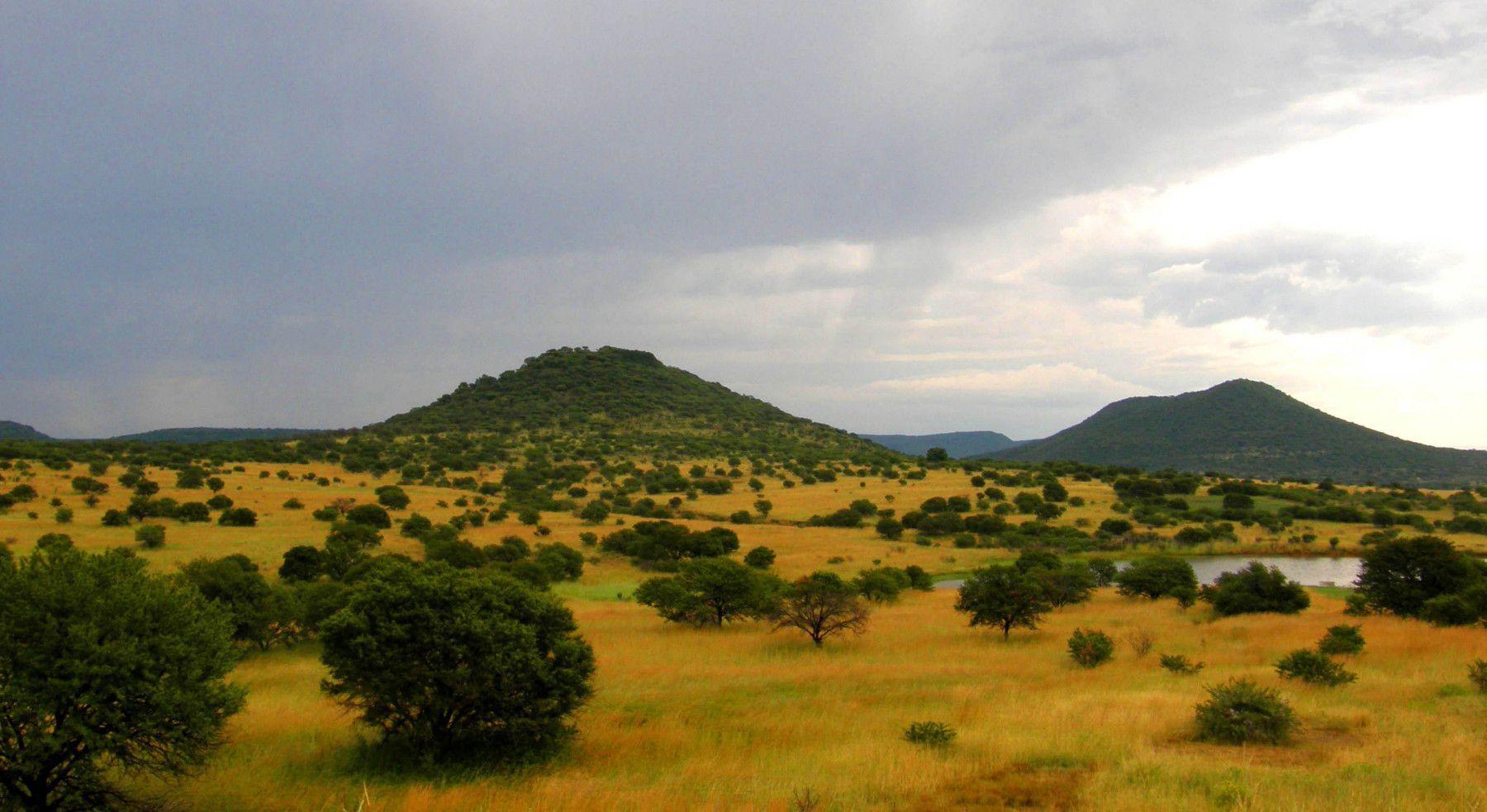 “Midland savannah near the South African city of Pietermaritzburg” by Gossipguy is licensed under CC BY 3.0

Savannahs are ecosystems in which trees are widely spaced enough for plenty of light to penetrate, allowing grasses to dominate at ground level. They cover around 20% of the vegetated surface of the Earth.
While they may look relatively impoverished, during the wet season they can produce more vegetation than forests and a large proportion of this is digestible by animals.

Savannahs house the last of the great mammal communities: the elephants, rhinoceros and big cats

Prehistoric humans often made their home on them, and in the past researchers even suggested their spread played a key role in humans evolving to walk on two legs. Today they are home to approximately a billion people.

While scientists are in broad agreement about the importance of savannahs, it is when questions about their origins arise that the arguments begin.

With their relative lack of closed forests, some researchers linked their emergence to human deforestation. More recently, though, studies of the diets of ancient herbivores have made it clear that savannahs first started spreading rapidly about 8 million years ago, some 6 million years before humans with big brains even evolved.

If human tree clearing didn’t trigger the rapid rise of the savannahs, what did?

Many savannah grasses convert light from the Sun into chemical energy in a special way. Known as C4 photosynthesis, it is more efficient when atmospheric carbon dioxide levels are low.

By examining tiny air bubbles trapped in ice cores, scientists have shown carbon dioxide levels were indeed lower at times in the past. However the last great dip was more than 20 million years ago. That roughly coincides with the initial evolution of grasses that use C4 photosynthesis, but it can’t explain the emergence of the savannahs.

Maybe, then, it was a water problem. Trees typically don’t cope well with arid conditions, so when the climate turned drier, perhaps the forests retreated and made room for these better adapted grasses. There is at least some evidence that this happened in Europe and North America. However the presence of savannahs in some humid areas where trees should flourish suggests something else was going on.

Most recently, researchers have hit upon another potential key factor in the origin and rapid growth of the savannahs – one that also led to the origin of the underground forests. Not only did these new ecosystems spread like wildfire;

They were born from wildfire

The grasses that are particularly well adapted to grow in savannahs are unusually prone to combustion when they are dry, says William Bond at the University of Cape Town in South Africa. “The very frequent savannah fires are probably the most frequent fires the world has ever seen,” he says. “Two fires in a year are not uncommon in high rainfall savannahs in parts of Africa.” 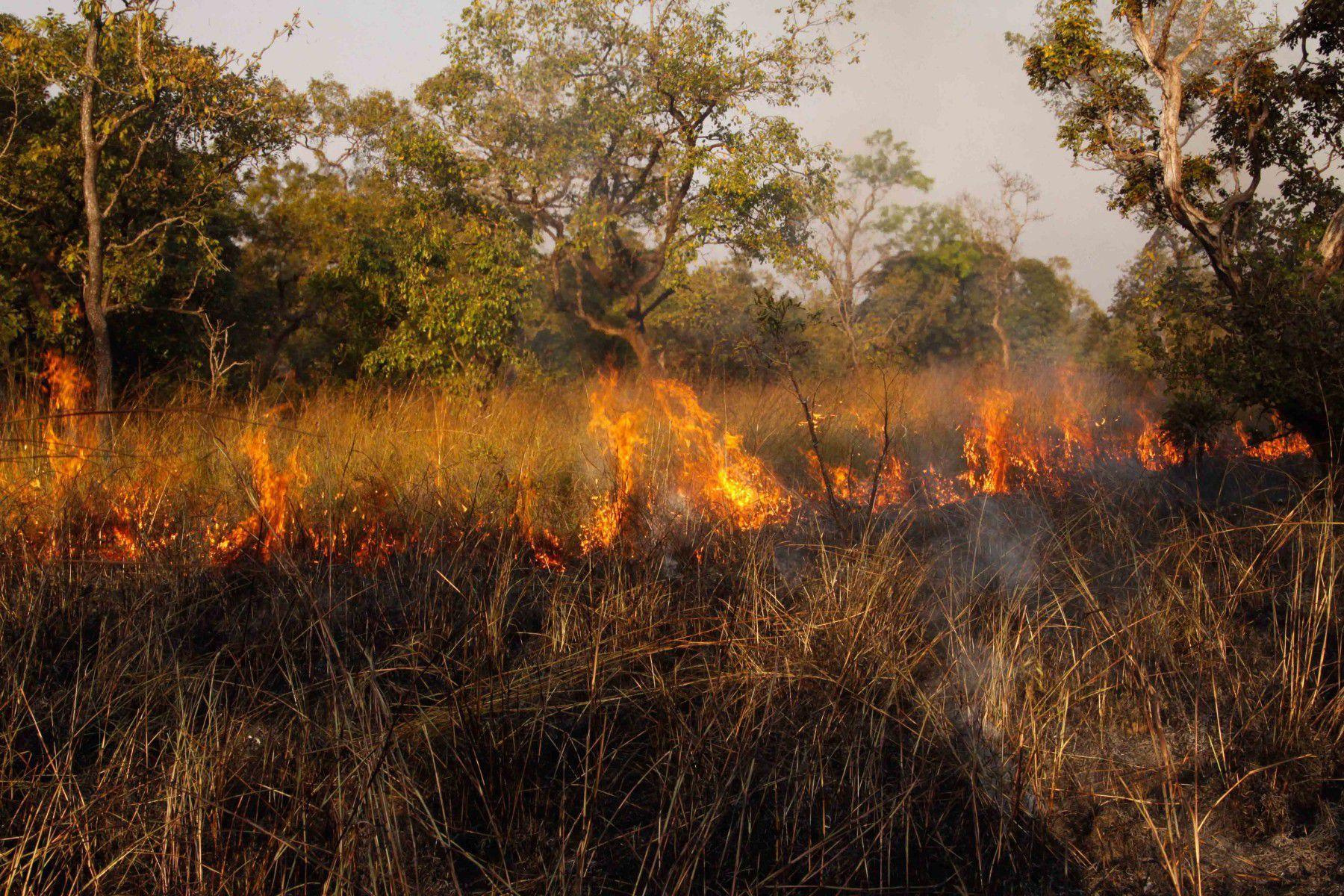 “Comoe Savannah fire” by ETF89 is licensed under CC BY 4.0

While fire is something grasses that use C4 photosynthesis can live with because they quickly re-sprout in the aftermath, for most trees it spells death. As a result, savannahs can almost literally fuel their own spread.

These grasses thrive in the wet season, but when they shrivel up in the dry season, they can easily catch fire in the sun, generating wildfires that will destroy some of the neighbouring forest. Come the next wet season, it’s the C4 grasses that are quickest to take advantage of the space formerly occupied by forest. The savannahs grow and the forests shrink. At least, that appears to be the general rule.

There are species, for instance, that developed thick insulating corky bark to protect the tree even when it is burning. More extraordinary, however, are the trees that moved underground.

Of course almost all trees have roots that bury through the soil in search of nutrients and water, and so live underground to some extent. But the underground savannah trees, sometimes called geoxylic suffrutices, are different.

Beneath flimsy leafy shoots, some grow large woody structures as much as one metre wide, while others form branched networks of stems measuring up to 10 metres across. Their shoots are so small and thin that it makes little difference to the tree if it occasionally loses them to wildfire – they can quickly regrow.

Underground trees live in the savannahs of southern Africa and South America. Both groups have been intensively studied recently, revealing persuasive evidence to support the fire theory for the origin of the savannahs.

Bond was part of a recent initiative led by the African Centre for DNA Barcoding at the University of Johannesburg in which DNA from 1400 different woody species in southern Africa, including about 50 of the 200 known underground tree species that grow there, was analysed. This allowed the team to work out how each species related to each other – effectively generating an evolutionary tree of trees. What’s more, because DNA picks up mutations at a roughly constant rate, the researchers could work out the origins of each species by working out when it split away from its evolutionary neighbours.

At least 30 different types of trees adopted the strategy independently

The study, published earlier this year, found that the underground trees evolved surprisingly recently. Almost none appeared before the savannahs spread 8 million years ago, which suggests their fire-avoiding origins are closely tied with the savannahs’ birth.

The research also unexpectedly showed underground trees didn’t evolve just once. In fact, at least 30 different types of tree adopted the strategy independently. The underground forests of southern Africa are not only extensive – they are also diverse. Savannah-triggered fires might seem to be a formidable foe for woody trees, but adapting to the threat “was not such a great evolutionary hurdle”, says Jonathan Davies at McGill University in Montreal, Canada, who worked with Bond on the DNA study.

What’s even more remarkable is that an almost identical story played out thousands of kilometres away in South America.

Marcelo Simon at Embrapa Genetic Resources and Biotechnology in Brasília, and colleagues studied the DNA of hundreds of plants from the Cerrado, the giant savannah that covers more than a fifth of Brazil. Just as in southern Africa, they found dozens of species of tree independently evolved to live underground – and again, almost all of these appeared within the last 8 million years, as the Brazilian savannah began to spread. 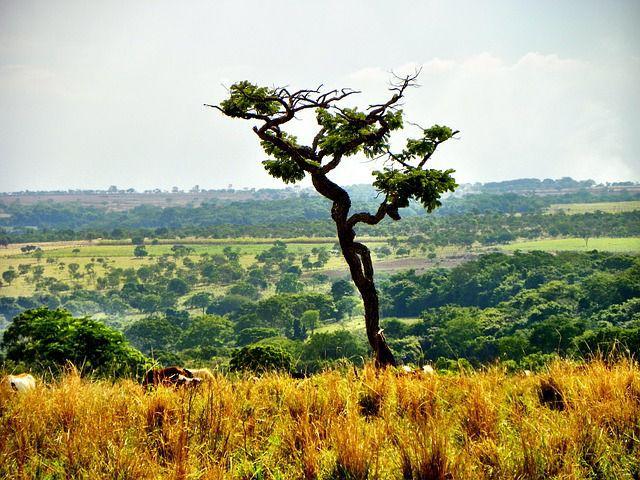 There seems to have been a global trigger around 8 million years ago that led to an increase in wildfires, the spread of savannahs and the appearance of underground trees. Scientists know that seasonal variation became more pronounced at that time. The hotter, drier dry seasons would have made wildfires more frequent, and this may have been a factor, according to Colin Hughes at the University of Geneva, Switzerland, who was involved in the Brazilian Cerrado study.

However, as Bond points out, variations in temperature and precipitation have been more pronounced at other times in Earth’s history without setting off the spread of savannahs.

Ecologists may not have precisely pinpointed what triggered the rapid rise of these ecosystems, but our understanding of their origins has come a long way since deforestation by prehistoric humans was thought to provide the answer.

What is beyond doubt, however, is that modern humans are contributing to the spread of savannahs by clearing vast areas of forest with fire. Does the story of the underground trees provide hope that today’s forests could similarly adapt to the threat posed by our actions?

Unfortunately, probably not, says Toby Pennington at the Royal Botanic Garden Edinburgh, UK, who also worked with Simon to study the underground trees of the Brazilian Cerrado. 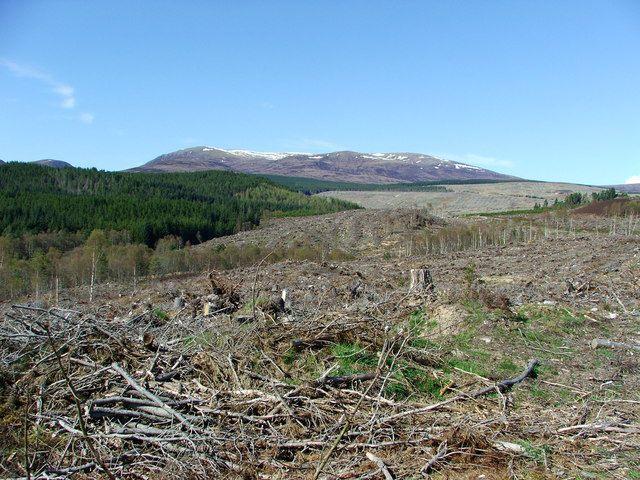 “Deforestation” by David Maclennan is licensed under CC BY 2.0

“Woody plant lineages have evolved quickly, and numerous times to fire, but these ‘quick’ changes are probably measured in timescales of hundreds of thousands of years at a minimum,” he says. “Any idea that rapid evolution now will somehow ‘future-proof’ rain forests and dry forests that are being exposed to anthropogenic fire would be misplaced. The plants there will not be able to evolve fast enough to deal with these human-induced challenges.” 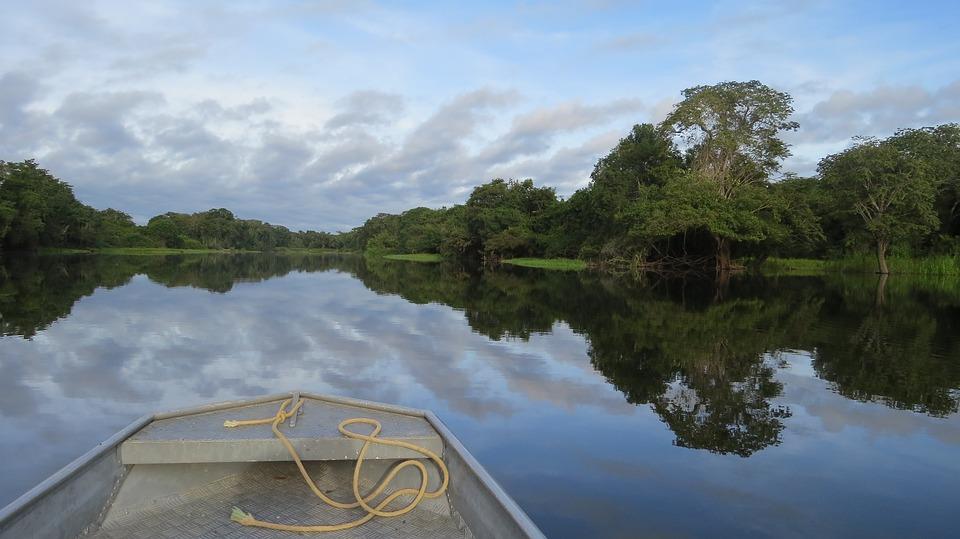 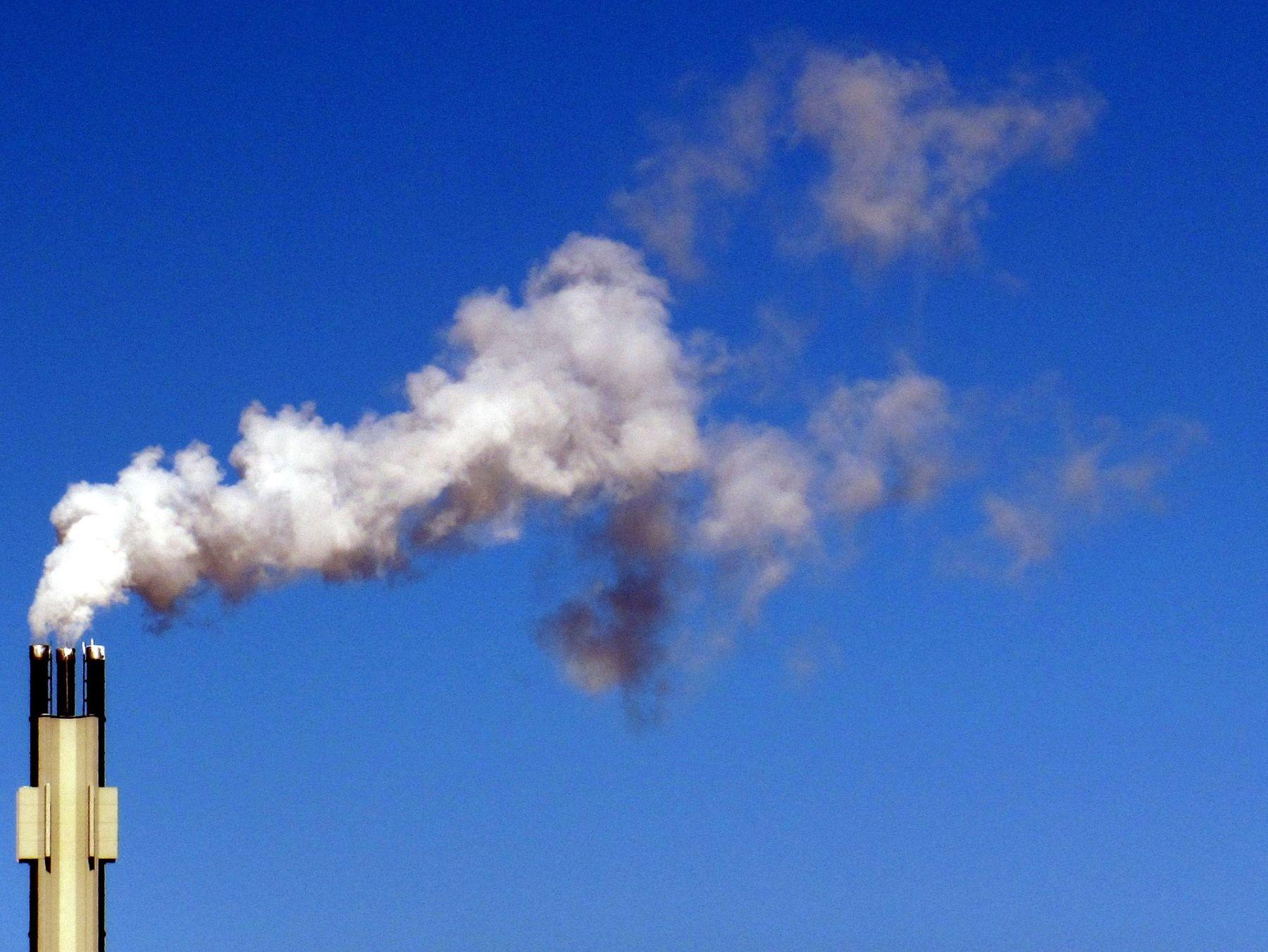 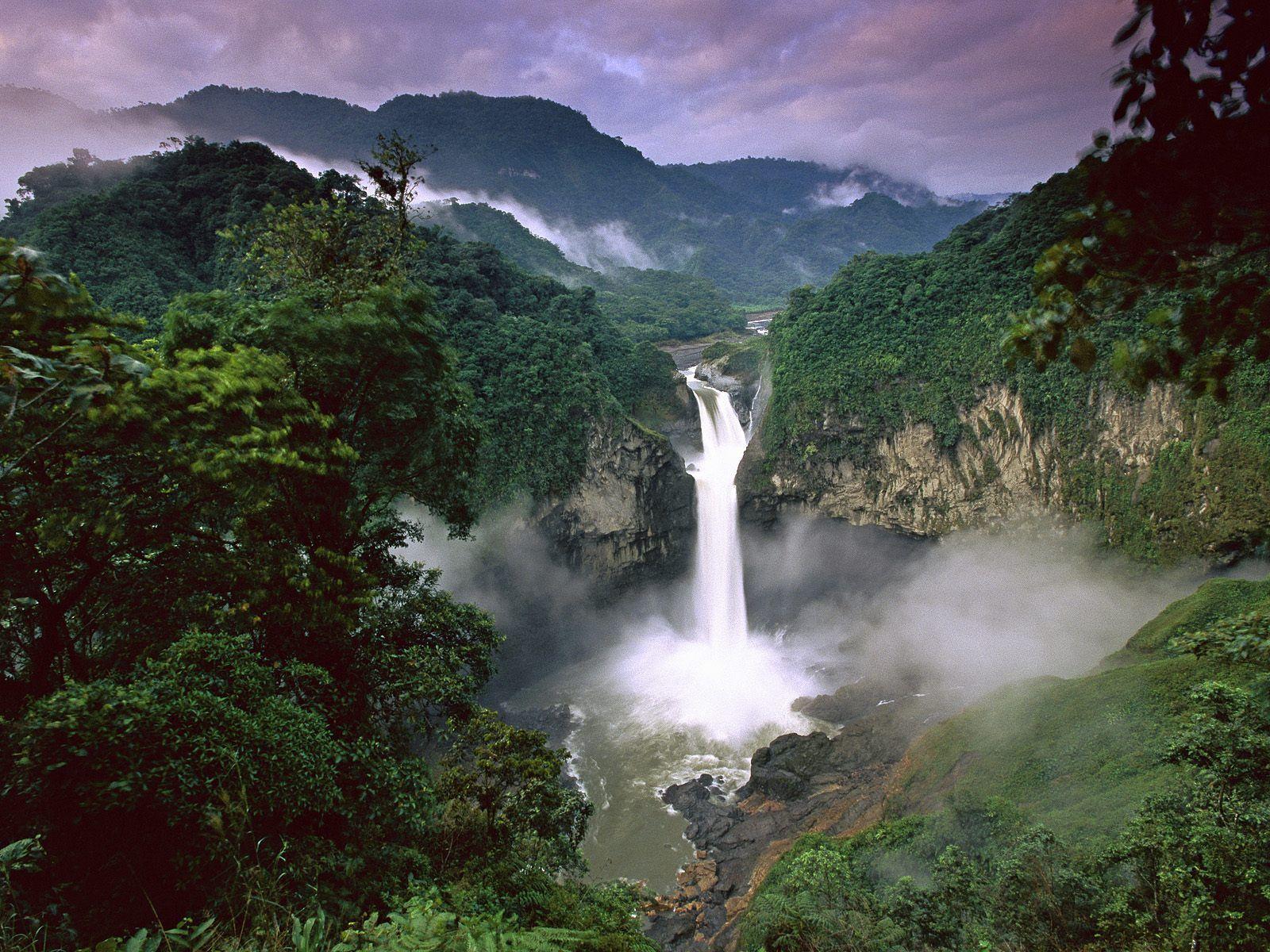