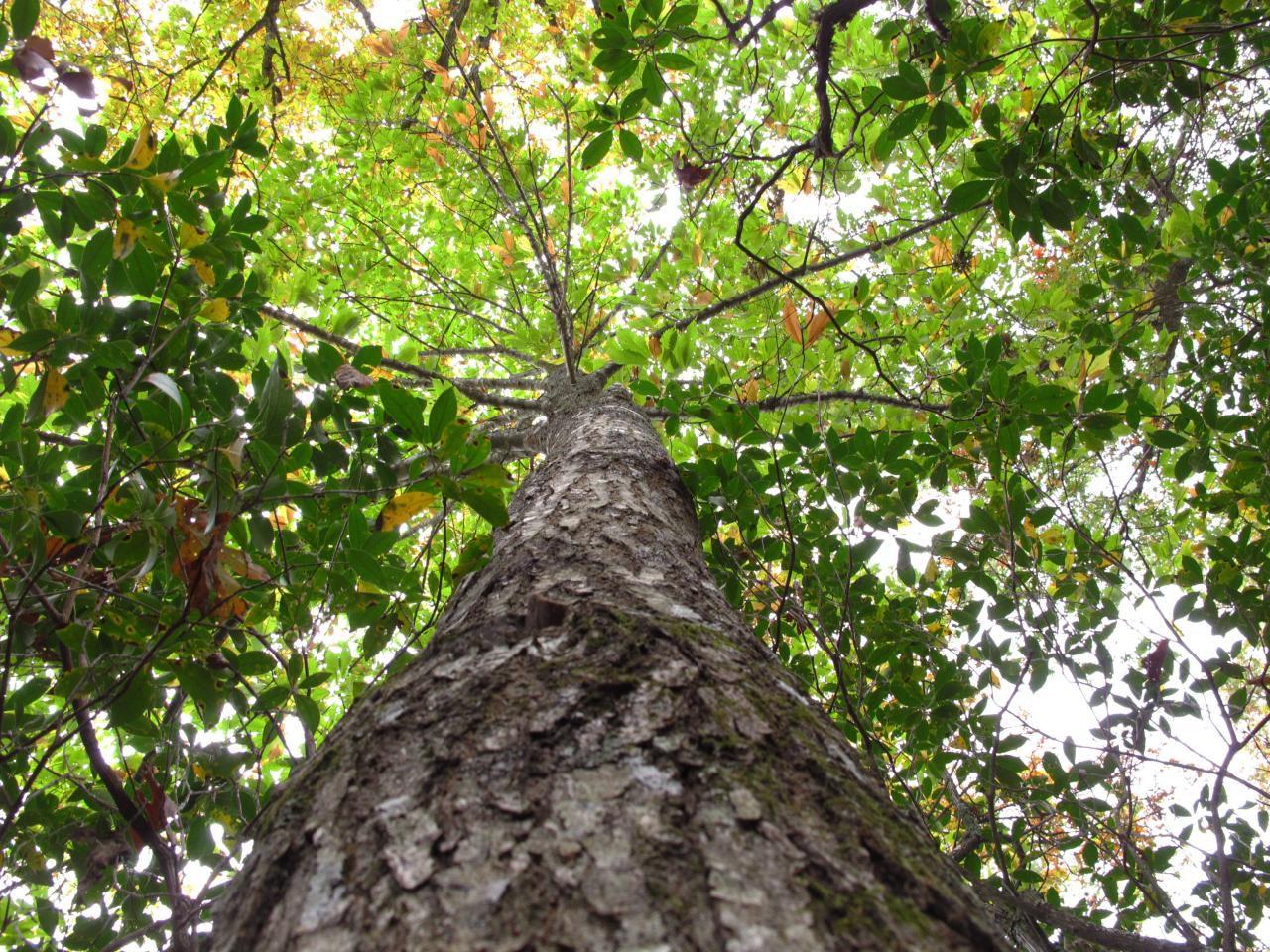 American chestnut trees were once among the most majestic hardwood trees in the eastern deciduous forests, many reaching 80 to 120 feet in height and eight feet or more in diameter.

The species has a sad story to tell. Of the estimated four billion American chestnut trees that once grew from Maine to Georgia, only a remnant survive today. 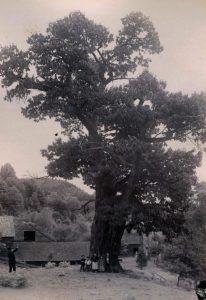 The species was nearly wiped out by chestnut blight, a devastating disease caused by the exotic fungal pathogen Cryphonectria parasitica. This fungus was accidentally introduced into the United States over a century ago as people began to import Asian species of chestnut. It reduced the American chestnut from the dominant canopy species in the eastern forests to little more than a rare shrub.

After battling the blight for more than a century, researchers are using the modern tools of breeding, bio-control methods that rely on a virus that inhibits the growth of the infecting fungus, and direct genetic modification to return the American chestnut to its keystone position in our forests.

The “then boundless chestnut woods” Thoreau wrote about in Walden once grew throughout the Appalachian mountains. They provided habitat and a mast crop for wildlife, a nutritious nut crop for humans and a source of valuable timber. Because of their rapid growth rate and rot-resistant wood, they also have significant potential for carbon sequestration, important in these days of climate change. 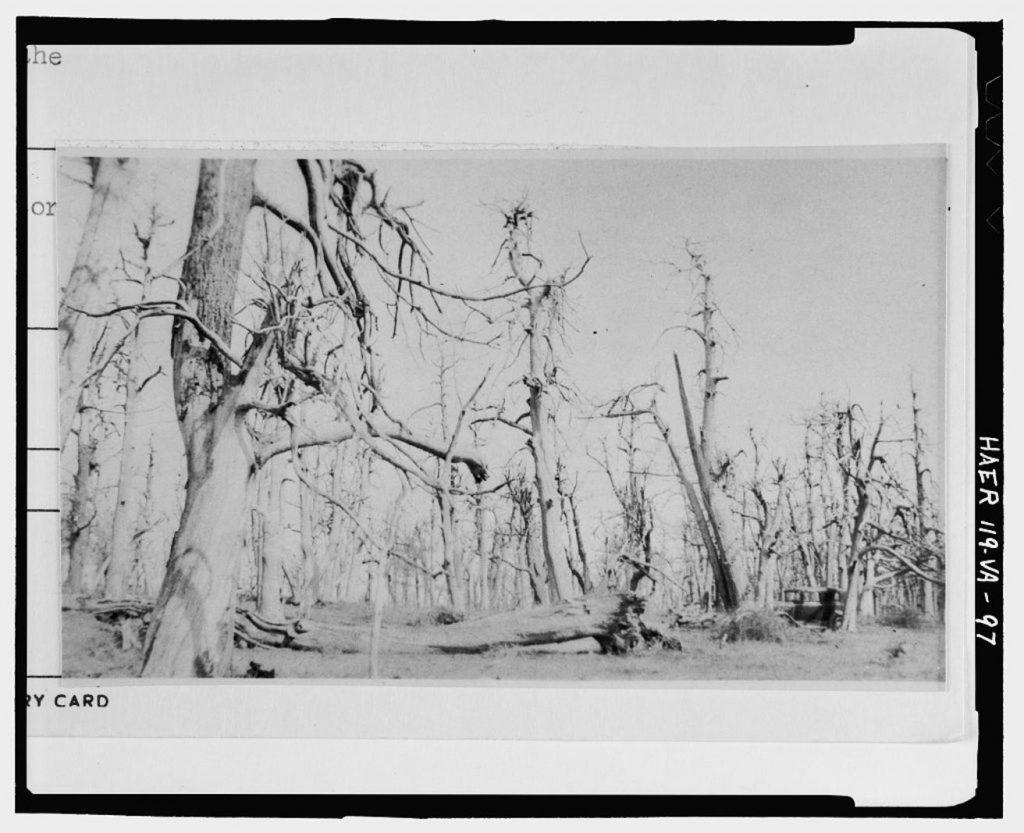 To restore this beloved tree, we will need every tool available. It’s taken 26 years of research involving a team of more than 100 university scientists and students here at the not-for-profit American Chestnut Research and Restoration Project, but we’ve finally developed a nonpatented, blight-resistant American chestnut tree.

My research partner, Dr. Chuck Maynard, and I work with a team at the SUNY College of Environmental Science and Forestry (ESF) that includes high school students, undergraduate and graduate students, postdoctoral fellows, colleagues from other institutions and volunteers. Our efforts focus on direct genetic modification, or genetic engineering, as a way to bring back the American chestnut.

Thirty days after infection with chestnut blight, the wild-type American chestnuts on the left are wilted, while the ‘Darling 54’ transgenic trees are doing well / Andy Newhouse, CC BY-ND

We’ve tested more than 30 genes from different plant species that could potentially enhance blight resistance. To date, a gene from bread wheat has proven most effective at protecting the tree from the fungus-caused blight.

This wheat gene produces an enzyme called oxalate oxidase (OxO), which detoxifies the oxalate that the fungus uses to form deadly cankers on the stems. This common defense enzyme is found in all grain crops as well as in bananas, strawberries, peanuts and other familiar foods consumed daily by billions of humans and animals, and it’s unrelated to gluten proteins.

We’ve added the OxO gene (and a marker gene to help us ensure the resistance-enhancing gene is present) to the chestnut genome, which contains around 40,000 other genes. This is a minuscule alteration compared to the products of many traditional breeding methods. Consider the techniques of species hybridization, in which tens of thousands of genes are added, and mutational breeding, in which unknown mutations are induced. Genetic engineering allows us to produce a blight-resistant American chestnut that’s genetically over 99.999 percent identical to wild-type American chestnuts.

Gene transfers happen all the time

For some, this raises a question: isn’t moving genes between species unnatural? In short: no. Such movement has been essential to the evolution of all species. Researchers are discovering that horizontal (between-species) gene transfer happens in nature and even in our own bodies. In fact, the same organism (Agrobacterium) that we use to move blight-resistance genes into chestnuts has also permanently modified other plants in the wild. For example, all the sweet potato varieties on the market today were genetically engineered by this bacterium around 8,000 years ago.

There is another logical question: what about unintended consequences? Of course undefined questions are impossible to answer, but logically the method producing the smallest changes to the plant should have the fewest unintended consequences. We have not observed nontarget transgene effects – that is, changes that we didn’t intend – on our trees or on other organisms that interact with our trees, for example with beneficial fungi. 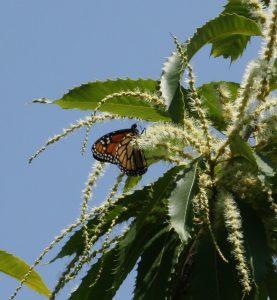 And at any rate, unintended consequences aren’t constrained to the genetics lab. Chestnut growers have seen unintended consequences resulting from their hybrid breeding of chestnuts. One example is the internal kernel breakdown (IKB) seen in chestnut hybridization, caused by crossing a male sterile European/Japanese hybrid (“Colossal”) with Chinese chestnut. By mixing tens of thousands of genes with unknown interactions through traditional breeding, occasionally you get incompatible combinations or induced mutations that can lead to unintended outcomes like IKB or male sterility.

One of the key advantages of genetic engineering is that it’s far less disruptive to the original chestnut genome – and thus to its ecologically important characteristics. The trees remain more true to form with less chance of unforeseen and unwanted side effects. Once these genes are inserted, they become a normal part of the tree’s genome and are inherited just like any other gene. They have no more chance of moving to other species than do any of the approximately 40,000 genes already in chestnut.

Next steps for the blight-resistant American chestnut

One of the challenges of genetic engineering that is not faced by any other methods of genetic modification also serves as a safeguard. We must shepherd these trees through federal regulatory review by the U.S. Department of Agriculture, the Environmental Protection Agency and the Food and Drug Administration. Our plan is to submit these applications as we finish collecting the necessary data; we expect the process to take three to five years. Once we receive (anticipated) approval, we will quickly make the trees available to the public.

This project is unique because it is the first to seek approval of a transgenic plant to help save a species and restore a forest’s ecology. Our forests face many challenges today from exotic pests and pathogens such as Emerald Ash Borer, Hemlock Wooly Adelgid, Sudden Oak Death, Dutch Elm Disease, and many more. The American chestnut can serve as a model system for protecting our forest’s health.

Direct genetic modification will likely not be used in isolation. Integration might improve the outcomes of both the conventional hybrid/backcross breeding program of the American Chestnut Foundation and our genetic engineering program. Allowing crosses between the best trees from both programs will allow gene stacking – having multiple and diverse resistance genes in a single tree – with each working in a different way to stop the blight. This would significantly decrease the chances that the blight could ever overcome the resistance. The two programs working together would also allow the addition of resistance genes for other important pests, such as Phytophthora, which causes a serious root rot in the southern part of the chestnut range. And combining methods increases the chances that the resistance will be long-lasting and reliable, which is very important for a tree that in good health can live for centuries.

A unique aspect of the genetically engineered American chestnut trees is their ability to rescue the genetic diversity in the small surviving population of American chestnut trees. When we cross our blight-resistant transgenic trees to these surviving “mother” trees, directly in the wild or from nuts gathered from them and grown in orchards, we’re helping preserve the remaining wild genes.

Half the resulting offspring will be fully blight-resistant, while also containing half the genes from the mother tree. By making these crosses, the restoration trees will be ecologically adapted to the diverse environments in which they’ll grow. These trees could also be used to boost the genetic diversity of the hybrid/backcross breeding program, or used directly for restoration and left to fend for themselves, allowing natural selection to make the final determination of the effectiveness of our efforts.

The American chestnut was one of the most important hardwood tree species in the eastern forests of North America, and it can be again. This tiny change in the genome will hopefully be a huge step toward putting the American chestnut on a path to recovery. 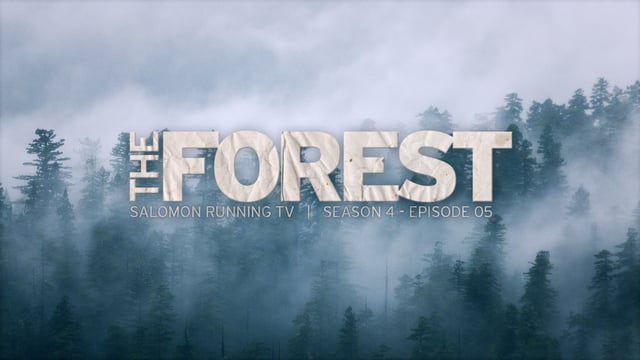 Mushroom Spores Can Make It Rain 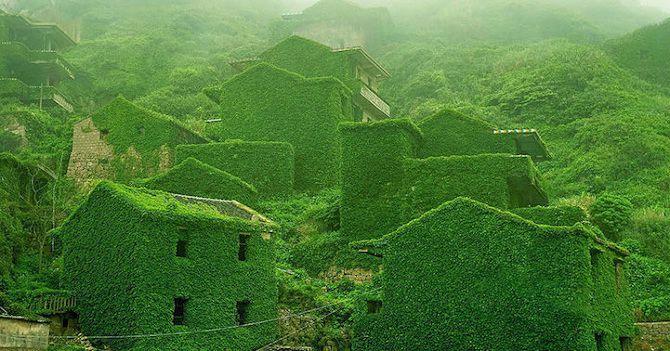