We all know that some cars have wooden interiors that make the insides look elegant, but a whole car made of wood? Now that sounds weird!

Joe Harmon design wanted to push the boundaries on what was considered wood’s limitation as a building material while fulfilling a life long dream of designing and building a car from scratch.

The ‘splinter’ was prompted from a WWII airplane called the ‘de havillannd mosquito’. It was equipped with two rolls royce V12 engines and was the fastest piston driven plane of its era, made almost entirely out of wood.

The ‘splinter’ is a high performance, mid-engined supercar built from wood composites

The body and chassis, along with large percentages of the suspension components, wheels and interior and other details have been made from wood. The chassis is made from a series of bent and molded laminates which were secondarily riveted and bonded together. A custom mold was built for every component of the chassis, and these components were formed, fit and trimmed and bonded together to comprise the overall structure. 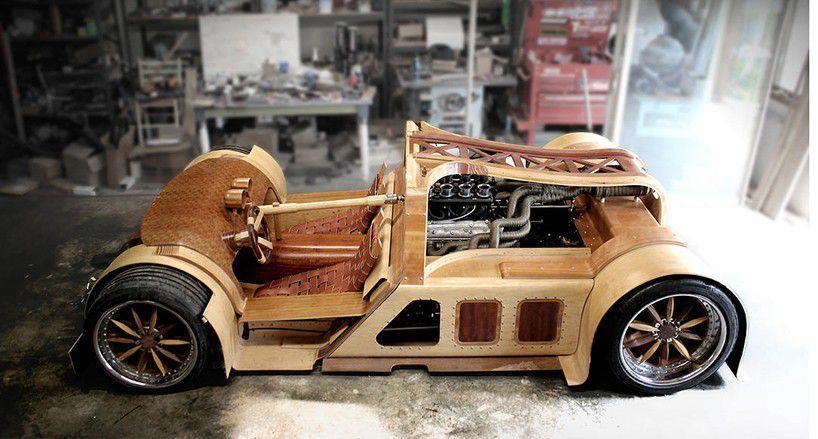 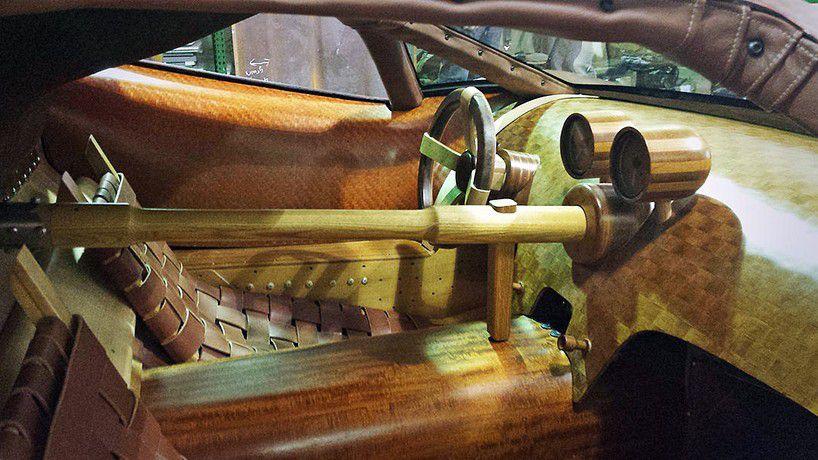 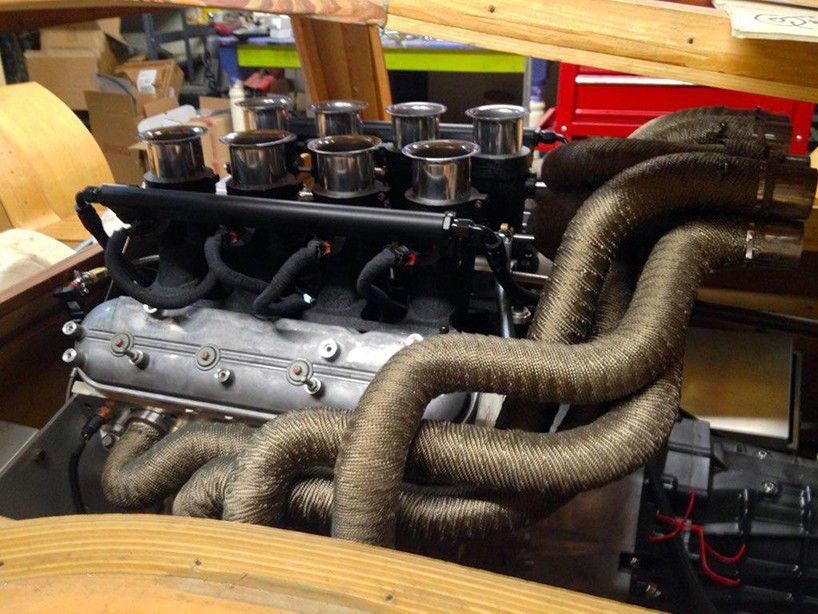 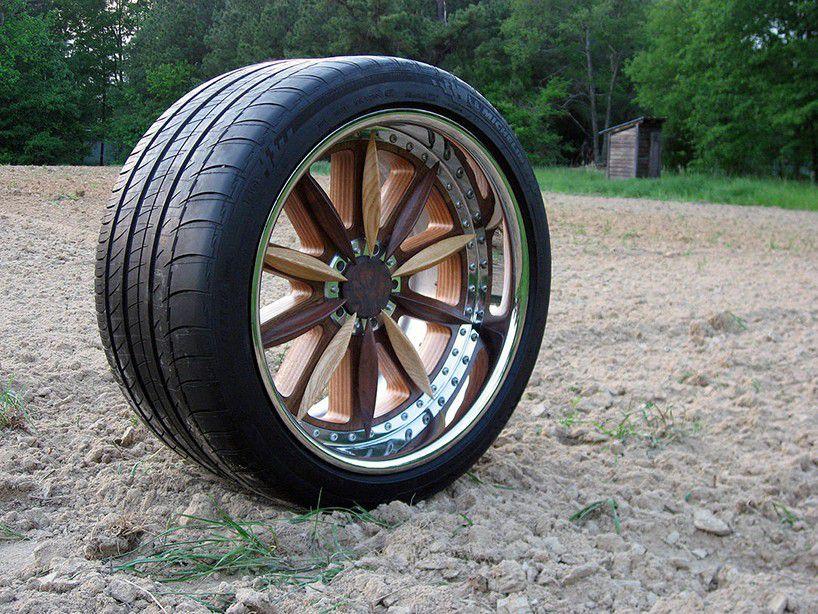 To achieve the compound curvature required by the body design, the team wove strips of veneer into a cloth. Two looms were designed and built by the team to generate this cloth material. This innovation greatly increased the wood’s utility in composite construction. The team used woven cherry skins, and tessellated end grain balsa core for the body and laminated wood veneer for the monocoque chassis. The powertrain is centered around a small block 7.0 liter V8 connected to a six speed manual transmission.

The goal was to use wood in construction of the car in every possible application, with hopes that the challenges associated with the task would lead to new ideas and perceptions of wood. 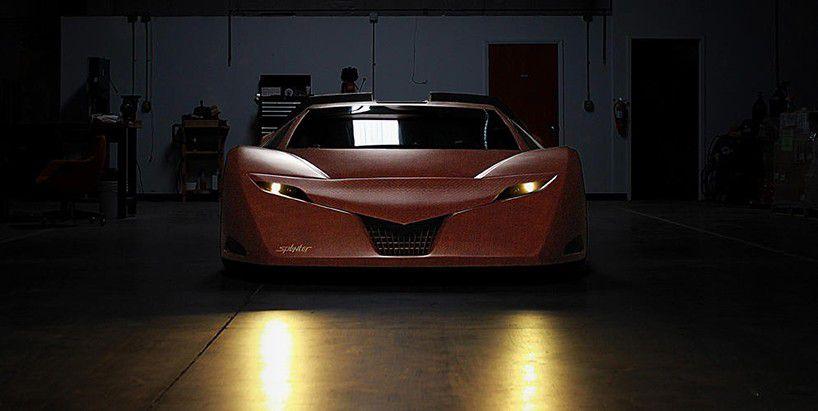 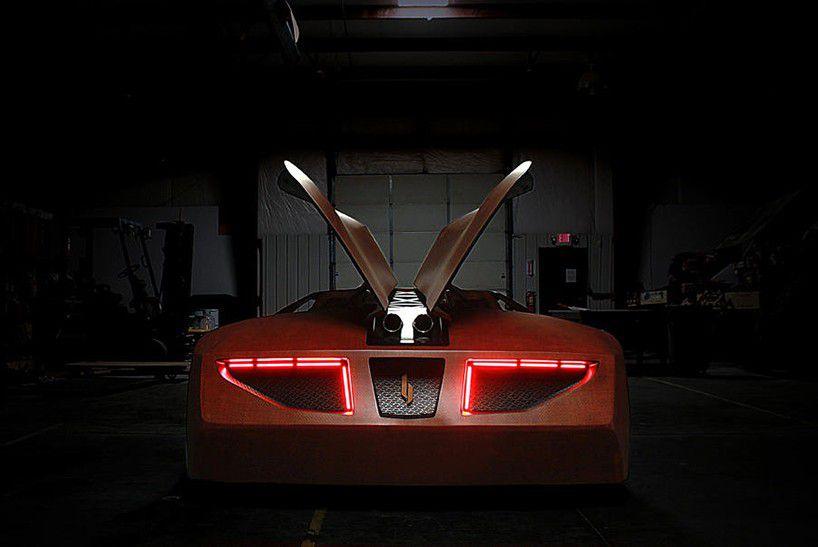 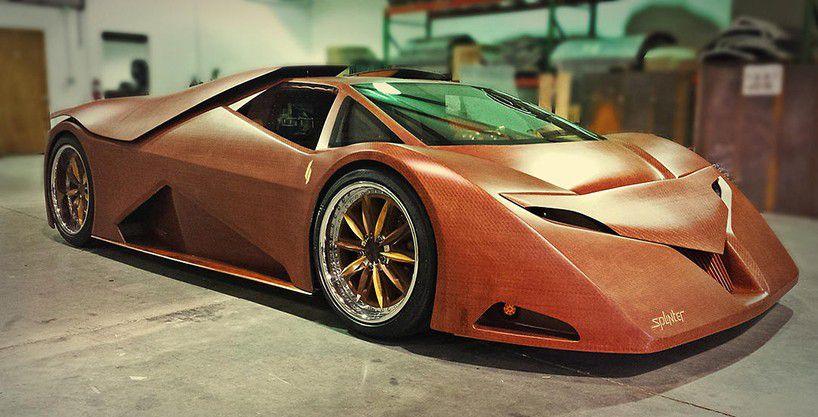 In our opinion, this car is absolutely astonishing! If only more cars were like the ‘splinter’ – made of wood. 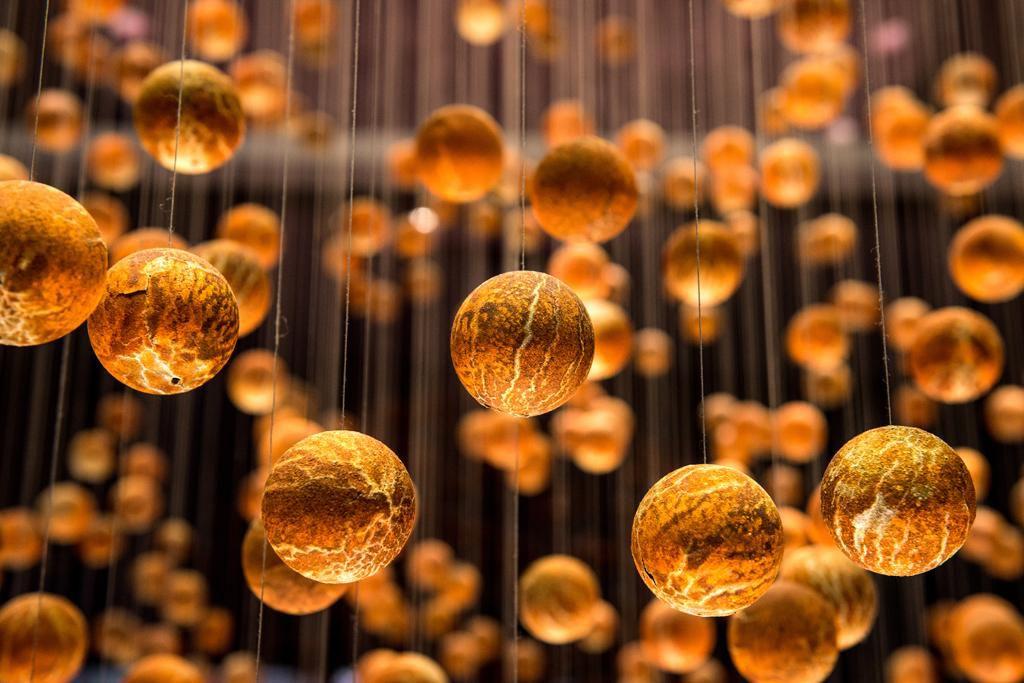 The Big Picture: Living Sculpture Made From Programmed Wooden Balls 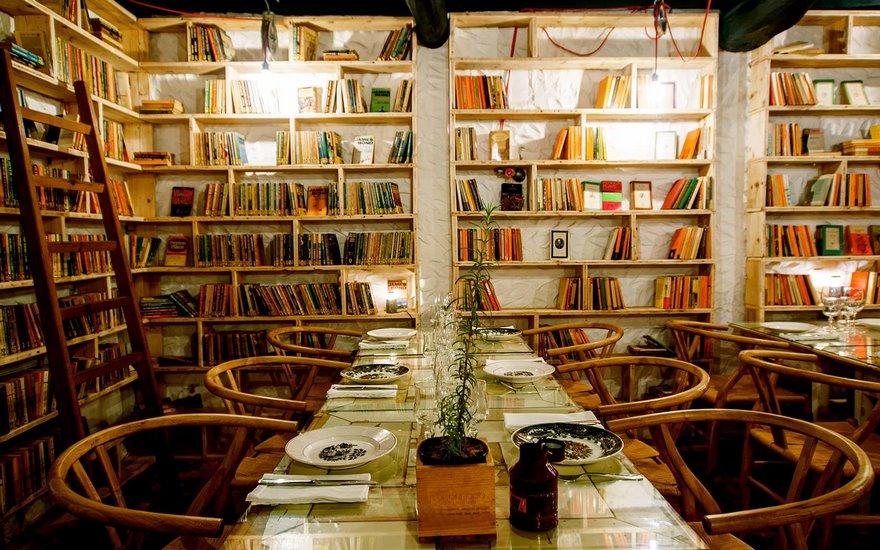