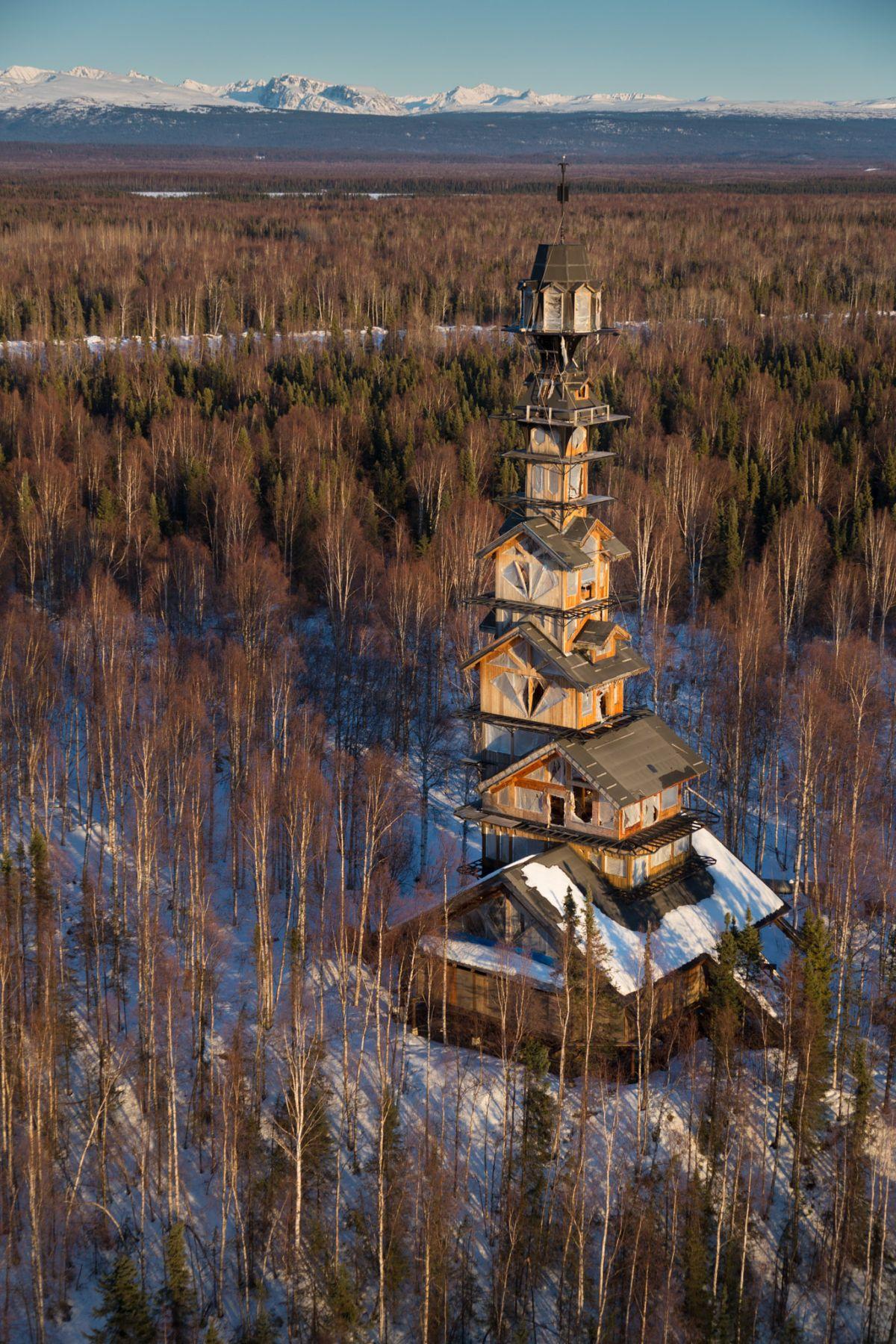 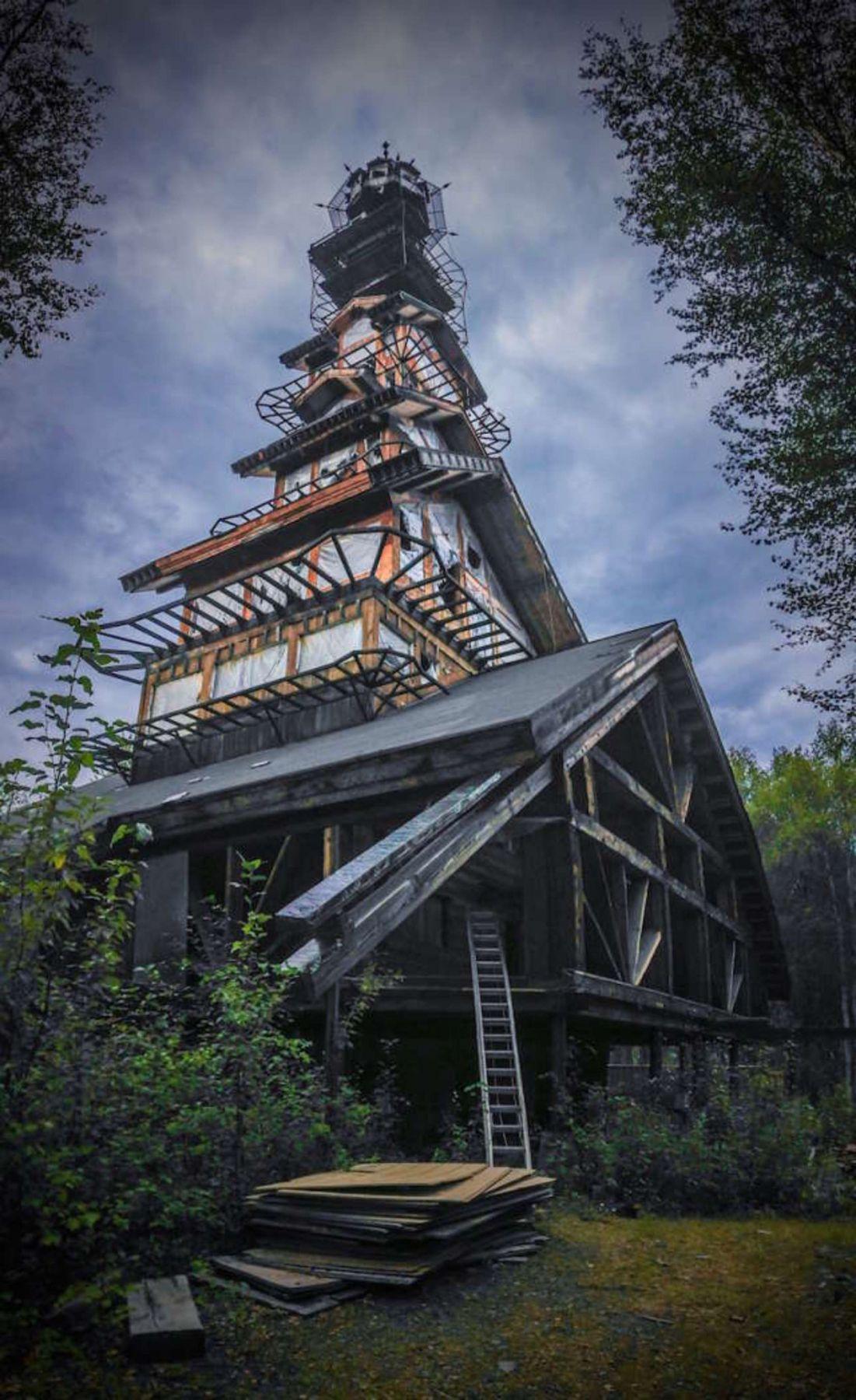 The Alaskan wilderness is home to many natural wonders and other man-made structures. One of these is »a house that touches the sky«.

After a forest fire created a natural clearing among the trees, Philip Weidner, owner and builder of Goose Creek Tower, started to build his log cabin 130 kilometers away from Anchorage city in Alaska. Suddenly he got the idea to put another cabin on top of the first one. The building process continued until the Goose Creek Tower reached an impressive 185 feet. Then Weidner had to stop because it would otherwise interfere with federal air space.

“I try and write poetry,” said Weidner, “and I think of this as a poem in the sky.”

Simply put, Goose Creek Tower looks like a bunch of houses built on top of each other. Definitely, there are magnificent views from the top of the tower. High log house was built in the late 90’s and since then it has been visited by thousands of fans, eager to look inside and take pictures of themselves standing next to it.

Why stay inside the lines, if you could create something that spectacular with little daring and imagination! 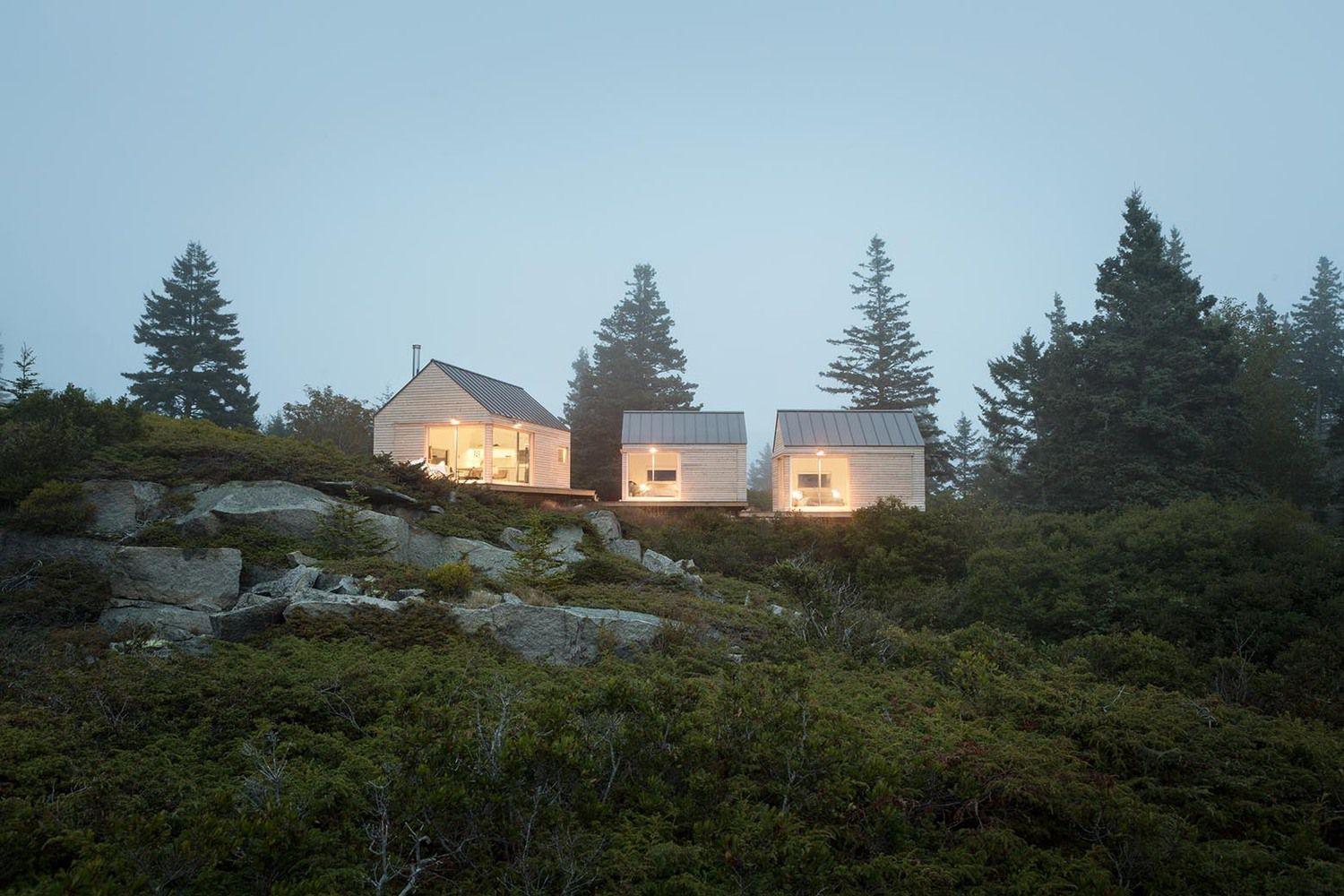 Little House on the Ferry 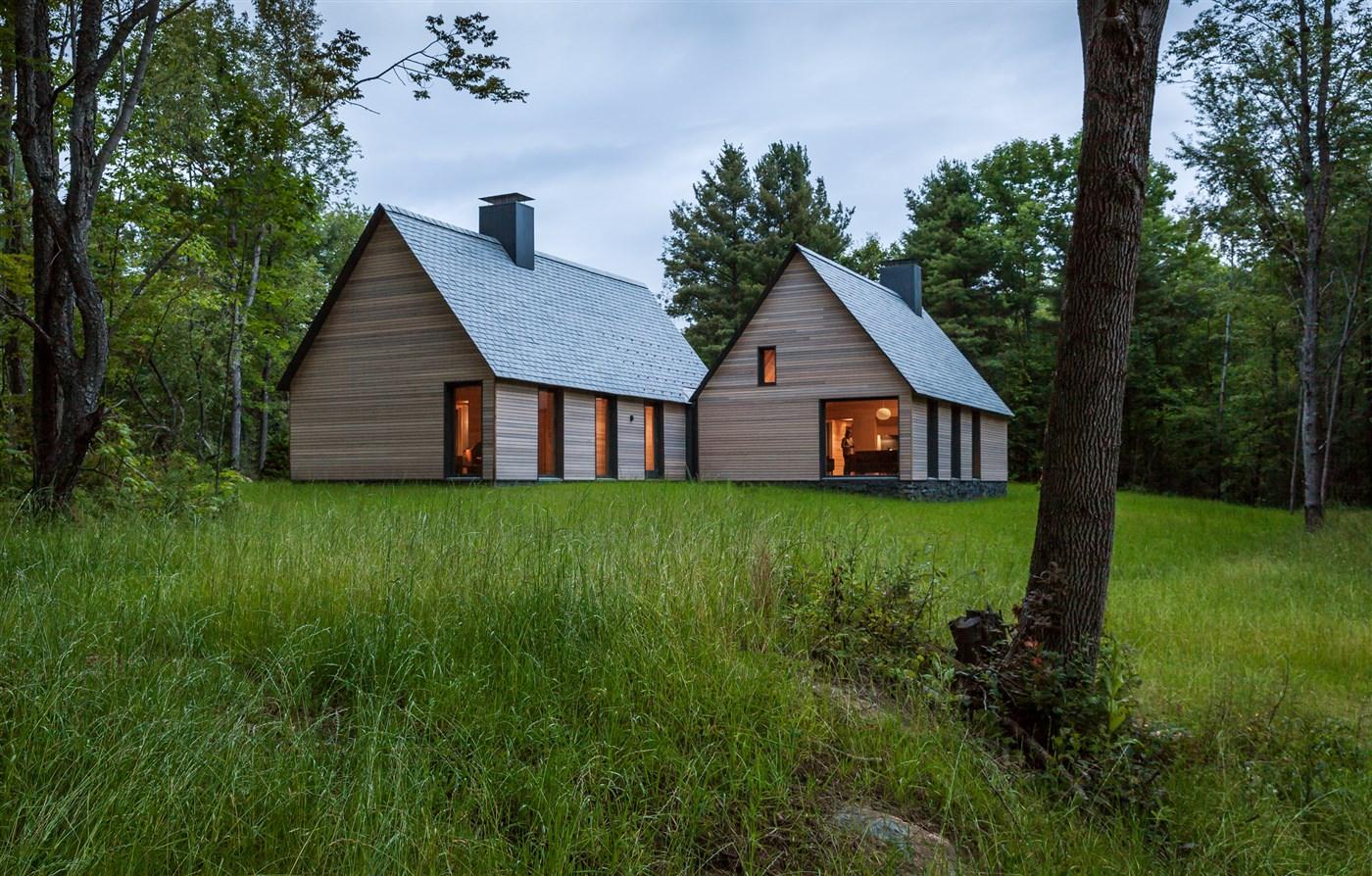 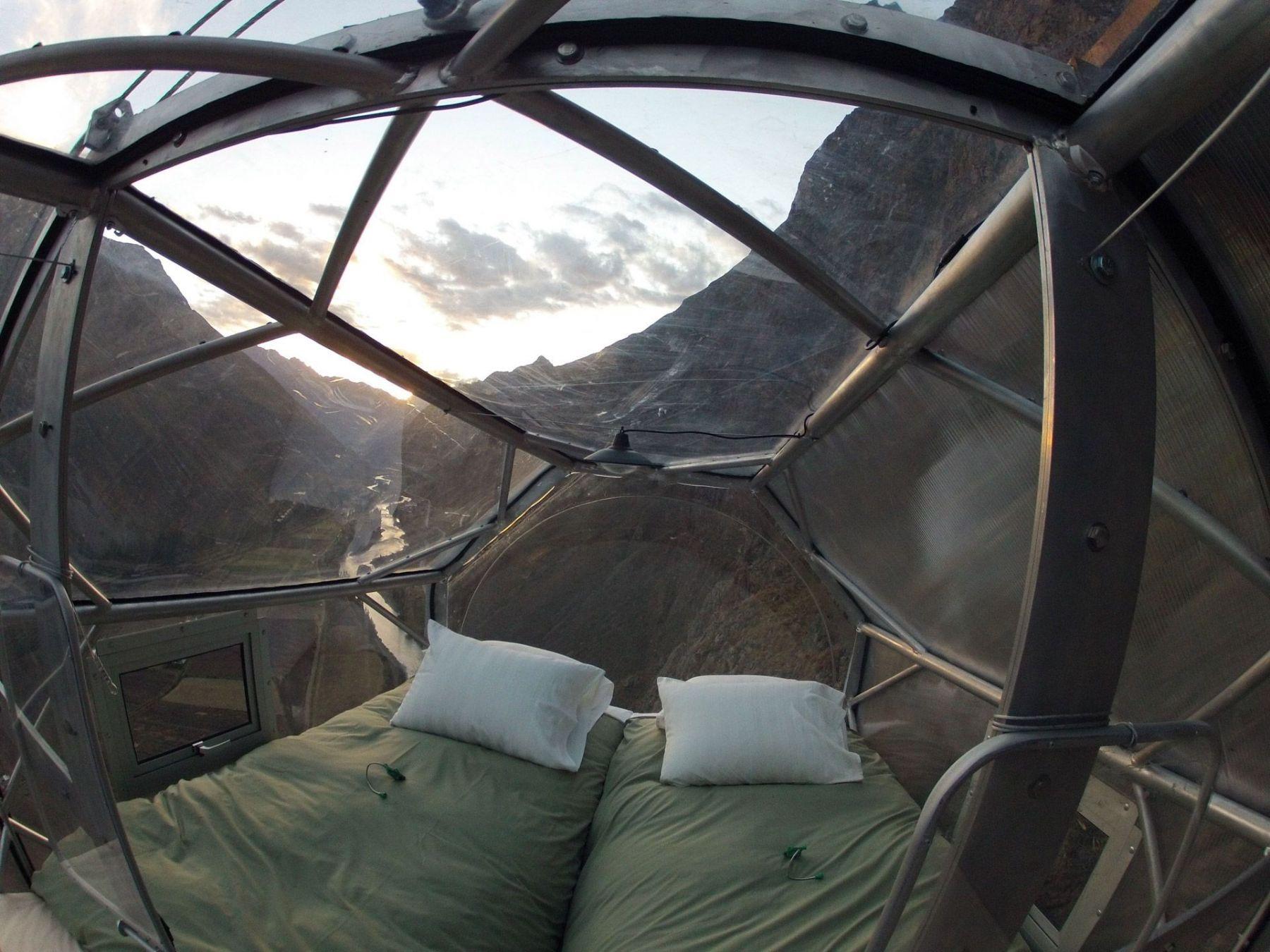